Ex-Apple Senior Director Apologizes to the Owners of Original iPhone

Ex-Apple Senior Director of Product Marketing for the original iPhone Bob Borchers, has apologised to the owners of the device at the Mobile World Congress in Barcelona, saying that it “was not a great phone”, TrustedReviews reports. “If you had the original iPhone I apologise; it was not a great phone, it was an OK phone”, said Borchers at a Dolby presentation on the future of mobile entertainment. 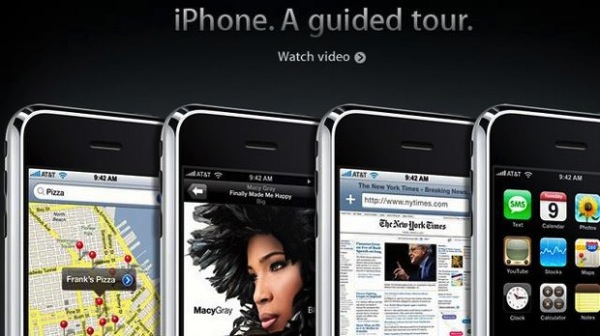 Borchers, who is now Dolby’s Chief Marketing Officer, explained how Apple changed the smartphone landscape with the launch of the original iPhone seven years ago. At the same time, he also highlighted that Apple actually made mistakes while putting together the customer proposition and marketing the original iPhone. He continued by recognising the impact the app community had to the success of the iPhone.

“What was interesting at Apple is that technology took a back seat to user interface. If you look at the iPhone as a technological element everything had been done before, it was about bringing all that together into an experience that was compelling and then communicating it as an experience not as a technology”.

Former Apple executive concluded by saying that the original iPhone was a great iPod, and it was “the connection to the internet and the app community” that really made the difference.