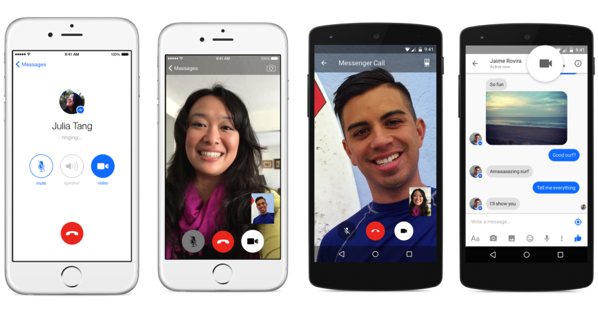 David Marcus, the head of Facebook Messenger, has today today at TechCrunch Disrupt SF that over 300 million people now use the Messenger’s audio and video calling features each month. The figure, which is around the size of Skype’s entire user base, gives an idea of the social networking giant’s technology infrastructure, which can seamlessly support such high-bandwidth transmissions.

Before the talk, Marcus told me “There’s a new paradigm when we think of real-time communications. We had to catch up when we didn’t have voice and video conversations, Now out of the billion users, over 300 million are active users of audio and video calling. Apps that are supposed to do just that are much smaller than that.”

While audio and video have been important to Facebook and  Messenger, the network has seemingly been ignoring the rise of voice computing platforms, like Amazon’s Alexa, Google Now, and Apple’s Siri, for example. Marcus noted that Messenger isn’t actively developing a similar technology.

When asked about Facebook’s plans for group video calling, Marcus hinted that it was in the works. “If you look at what we’ve launched to date, it’s a pretty logical thing to build at some point”, he said.

While most communication apps work from a basis of text messaging, with the ability to place somewhat distinct audio and video calls, Facebook wants to push the idea that those multimedia options are always at the ready as part of the ongoing thread. That is why the company introduced Instant Video for live connections in Messenger earlier this month.