For those waiting to take advantage of Facebook Deals, the service is now available in Canada for iPhone. The service allows users to â€œCheck Inâ€ to receive discounts at various Canadian retailers.

Users must first check into Facebook Places and then search for a discount. An alternative is if you’re at a participating store, a message will be pushed to your device with a specific discount.

At this time, there are 11 companies that have signed up as participating members of Facebook Deals. For example, WIND Mobile and TELUS both have deals:

That deal from TELUS is pretty good if you’re looking for an iPhone 3GS! 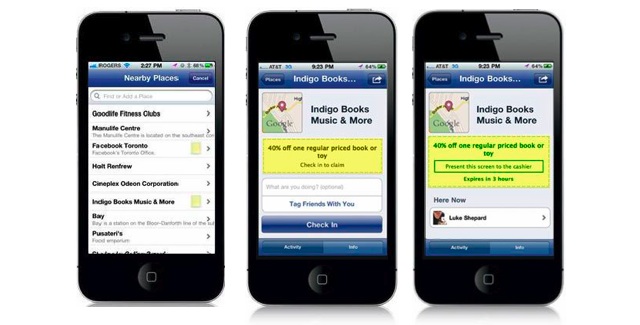