Facebook has announced an initiative to clamp down on the number of spammy posts appearing in users’ News Feed. 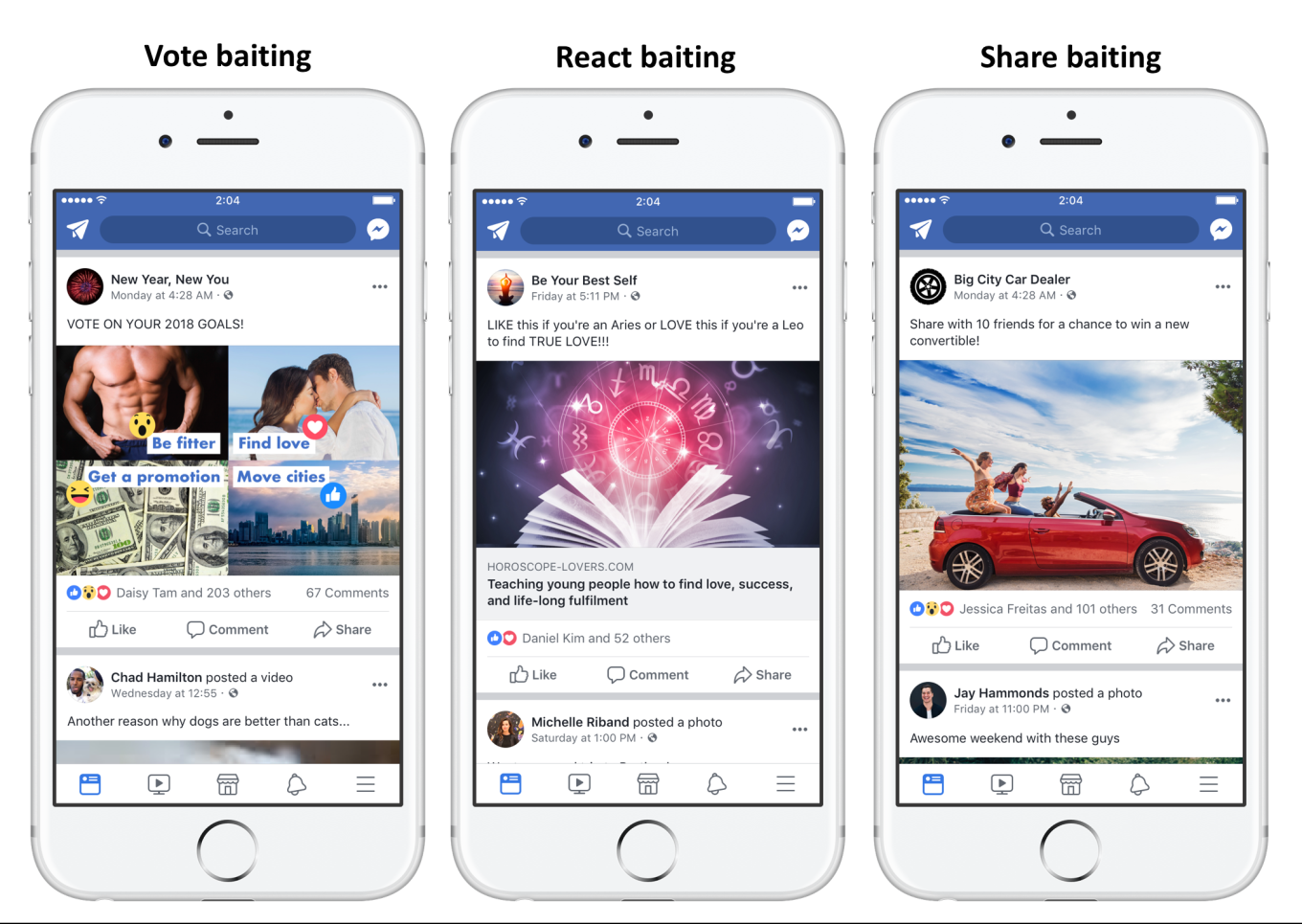 Facebook will begin demoting individual posts from people and Pages (profiles of prominent people of businesses) that use slimy tactics to get people to engage with their content, such as using language that says “LIKE this if you were born in August,” “SHARE this if you are a millennial,” etc.

“People have told us that they dislike spammy posts on Facebook that goad them into interacting with likes, shares, comments, and other actions,” the company wrote on its blog.

“This tactic, known as “engagement bait,” seeks to take advantage of our News Feed algorithm by boosting engagement in order to get greater reach,” continued the social medial giant. “So, starting this week, we will begin demoting individual posts from people and Pages that use engagement bait.” 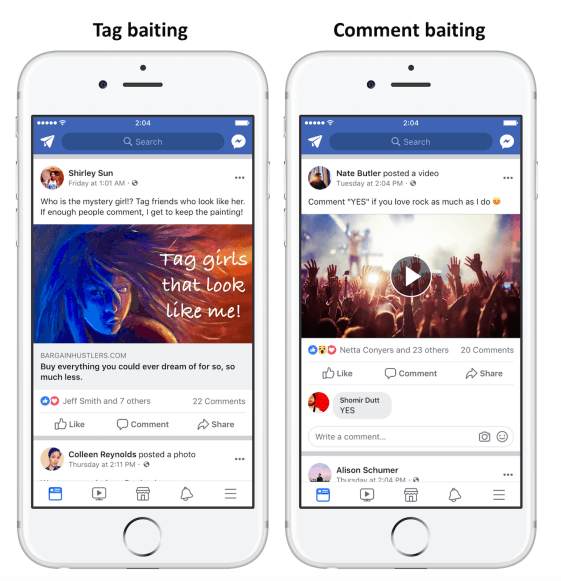 Facebook also says that in the coming weeks it will apply “stricter demotions” in the News Feed for Pages that repeatedly use engagement bait to artificially game the algorithm. The tech giant warns that publishers that use “engagement bait” tactics “should expect their reach on these posts to decrease.”

Facebook gives a handful of examples to illustrate what it means by “engagement baiting,” including “vote baiting,” “react baiting,” and “share baiting,” which include “Like this if you’re an Aries,” or “Share with 10 friends for a chance to win a new convertible.”

Facebook says it will roll out this Page-level demotion over the next several weeks to give publishers time to adjust their spammy ways.