Facebook has today announced that its Oversight Board has upheld the suspension of former US President Donald Trump’s Facebook and Instagram accounts following his praise for people engaged in violence at the Capitol on January 6. 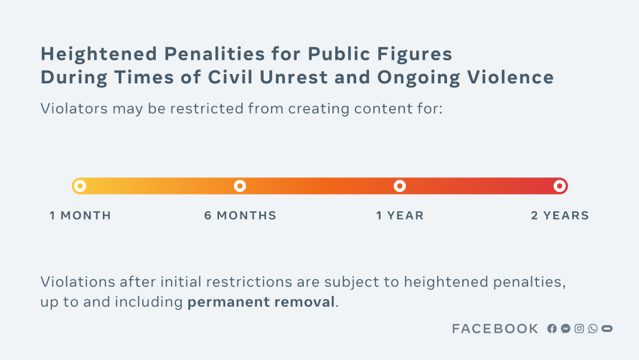 The company said that it is expanding the suspension on his accounts for two years, effective from the date of the initial suspension on January 7 this year. The ban may be lifted in January 2023 if there is no further risk to public safety at the time, Facebook added.

“We will evaluate external factors, including instances of violence, restrictions on peaceful assembly and other markers of civil unrest,” noted the company.

“If we determine that there is still a serious risk to public safety, we will extend the restriction for a set period of time and continue to re-evaluate until that risk has receded.

When the suspension is eventually lifted, there will be a strict set of rapidly escalating sanctions that will be triggered if Mr. Trump commits further violations in future, up to and including permanent removal of his pages and accounts.”

Facebook said that this penalty only applies to its services and that Mr. Trump is and will remain free to express himself publicly via other means.