Facebook announced today a new feature that will make it easier for users to match funds they raise for charity on the site. 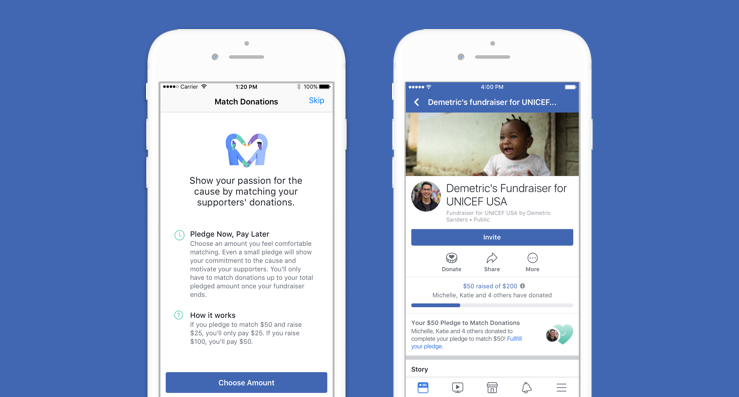 According to a press release from the social media giant, it’s adding a matching feature that would allow people to automatically match donations if fundraisers reach a set amount.

Asha Sharma, Facebook’s head of product for Social Good, said the company had noticed people promising to match donations on their fundraisers and decided to implement a tool that would put it all in one place.

“We’re continuously learning and this was something we wanted to do to help people maximize the benefits,” Sharma said.

Here are the new features for Facebook’s Social Good platform:

Social Good, Facebook’s branch that focuses on helping people, are features like fundraisers, mentorships, and emergency responses. The effort focuses on how people can use Facebook to help others offline – a public image that the social network wants with its motto, “bringing people closer together.”

Weeks after the official launch of the iPhone 14, Apple is already scaling up its new flagship product production. In order to meet demand, Apple will now be manufacturing its devices in India via Foxconn's plant in Sriperumbudur, Tamil Nadu. Apple officially revealed the iPhone 14 series on September 7th. Following its launch soon after,...
Steve Vegvari
13 mins ago