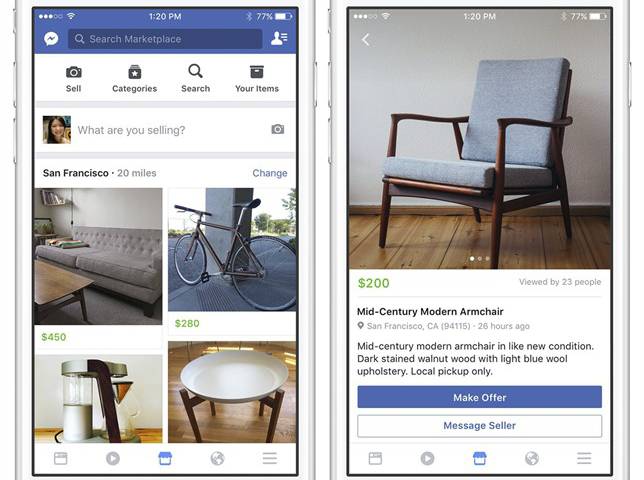 Facebook is launching its Marketplace in Canada, giving users the option to buy or sell physical goods in their community.

Marketplace is essentially like a Craigslist but within Facebook’s large social networking platform. Users can upload a photo and caption of what they want to sell or they can search for items within a certain geographical area and browse by category.

Once a buyer finds the item they want to purchase, they can send the seller an offer through direct message and arrange an exchange after agreeing on a price.

More than 550 million people visit buy-and-sell Facebook groups around the world. As a reaction to user interest, Marketplace launched in Canada on Thursday, after launching in four countries in October 2016.

The benefit of using Marketplace is having potential access to a larger network of people in a smaller community, plus the added security of knowing the other person is connected to a Facebook account instead of being a random username or e-mail address.