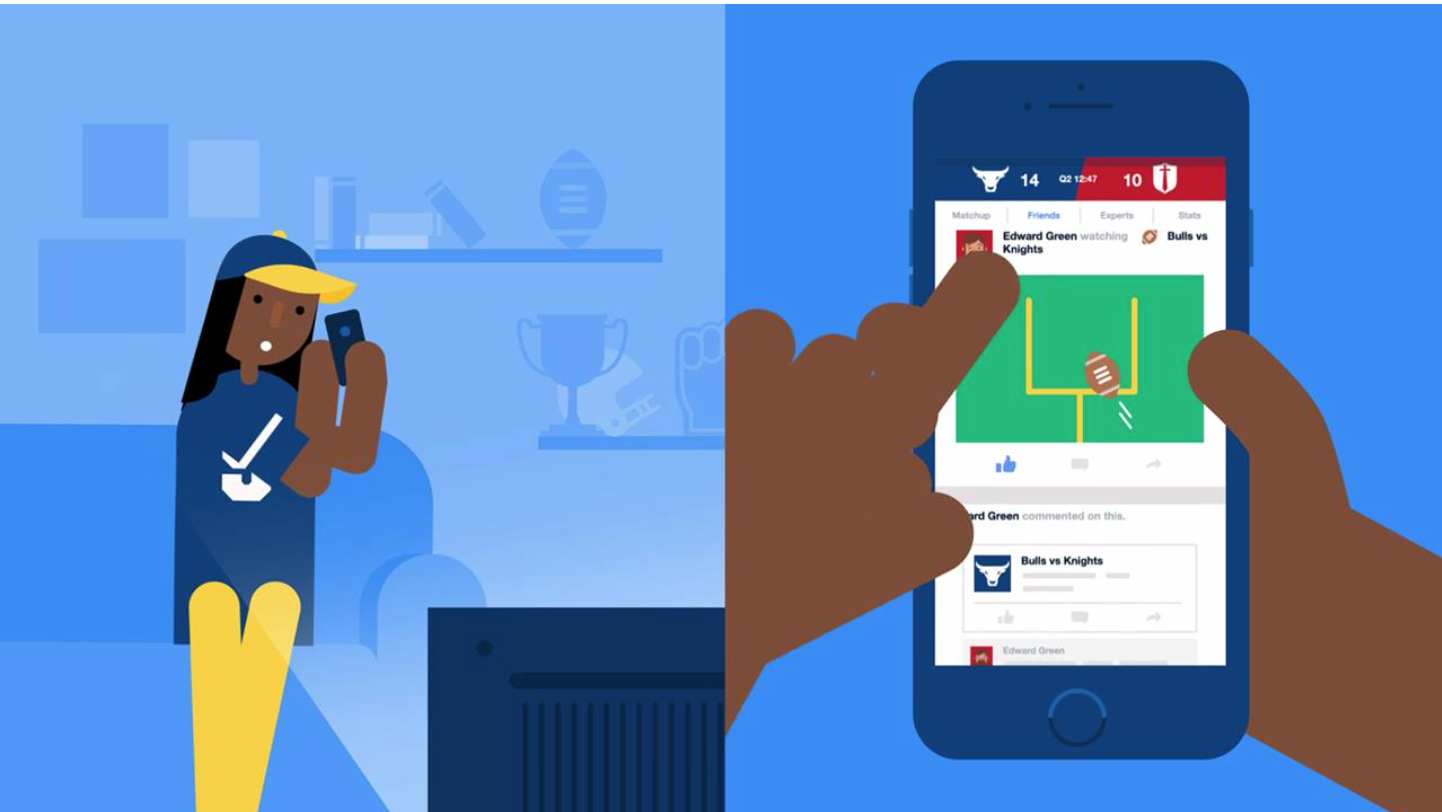 As anyone trying to read their timeline during the recent NFL playoffs knows, Twitter has become the de facto place for people to liveblog their thoughts on sporting events. But now Facebook is making a play for the sports market.

Today, the social network launched Facebook Sports Stadium, a dedicated section of Facebook that aims to serve as a central hub for all your second-screen activity.

Users of Facebook Sports Stadium will be able to switch between four tabs. One of these shows play-by-play details of the kind found on ESPN’s site and apps, while another collates relevant comments from your friends, arranged in order of most recent first.

A third tab shows comments from “experts,” verified commentators, players, and other big names, and the final one includes detailed stats for the event you’re watching. 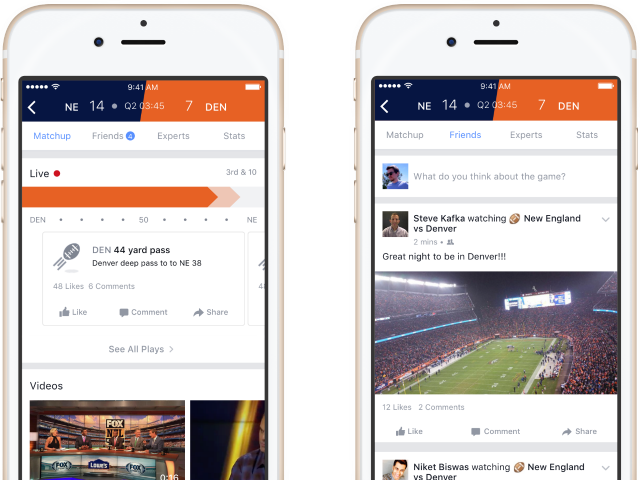 The only thing it won’t have is the game itself. Facebook is only licensing game data from a company called Sportradar, rather than working with the major sports networks. Instead, Facebook’s Dan Reed told Recode that the new hub was a complement to the television experience.

“It provides information about the game, but it also provides you that vital conversation and interaction around the game which we think is really critical to consuming live sports.

We think it can really enhance awareness. Maybe you weren’t paying attention and then you see your friends are having this discussion and that can pull you into the game. We think that’s a win-win for everybody. It drives more eyeballs to what [our content partners] are already sharing.”

“We think it can really enhance awareness. Maybe you weren’t paying attention and then you see your friends are having this discussion and that can pull you into the game.”

By cordoning off big game discussion into its own area, Facebook may have a more efficient system for discussion, but it’s worth noting that part of the fun of sports Twitter is having your expert comment, analysis, or one-liner picked up and retweeted by hundreds of like-minded strangers.

Sports Stadium loses the ability to reach that wider audience, but may appeal more to those who might not be following the game too closely.

The introduction of Sports Stadium comes as Facebook is moving to entwine itself further with TV as the hub for your second screen experience. The hub has been rolled out already for iPhone users watching football games the US, and Facebook says it will be expanded to include other sports and other countries soon.