Back at Facebook’s F8 developer conference this spring, the company announced it would integrate Apple Music into Messenger, though a chatbot extension. This feature is finally live, and will let users ‘talk’ to a chatbot within Messenger for music suggestions. 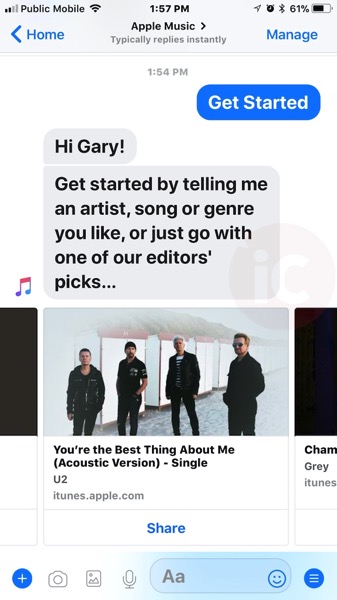