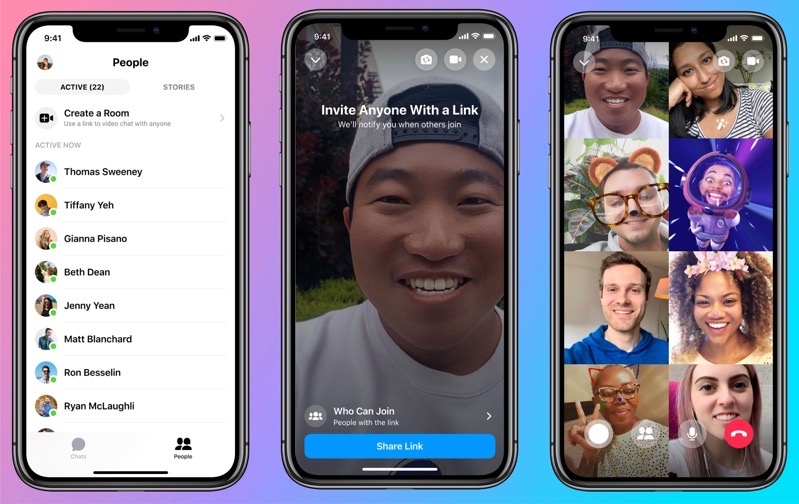 With Messenger rooms, users can easily control who joins and sees the room (shareable links can be created), plus use augmented reality filters, 360-degree backgrounds and mood lighting. To create a Messenger Room, one just needs to use Messenger or Facebook and eventually Instagram Direct, WhatsApp and Portal. To make it even easier to use, even those without Facebook accounts are able to join a Messenger Room.

Messenger Rooms is rolling out to some countries this week and expanding globally in the “coming weeks.” You’ll soon see the ‘Create a Room’ icon within Messenger on mobile and desktop.

Other announcements today also saw WhatsApp video calls increase its limit to 8 people, up from 4. “This helps people personally connect with small groups of people in a seamless way and with end-to-end encryption,” says the company.

Facebook added, “In places most affected by coronavirus, voice and video calling in Messenger and WhatsApp more than doubled last month, and views of Facebook Live and Instagram Live increased significantly in March.”