Facebook is testing a feature that connects users with their neighbors in community networks — similar to Nextdoor, the local social network valued in the billions. 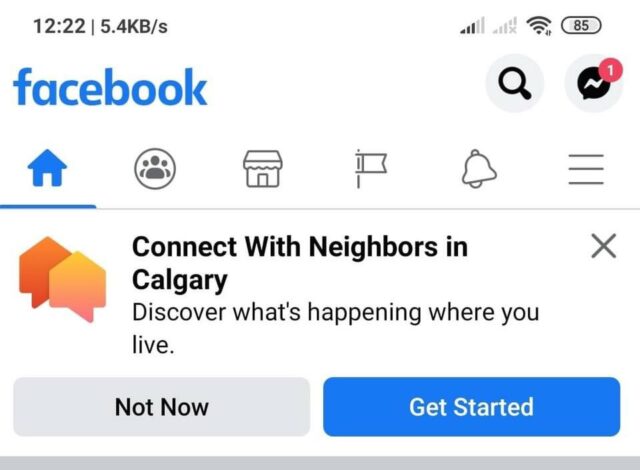 According to a new report from Bloomberg, “Neighbourhood,” which is being trialed in Calgary, Canada, will display posts, groups, and marketplace items from people and businesses in your local area, based on your location.

Users can then “connect with like-minded neighbours,” screenshots of the app posted by social media consultant Matt Navarra show.

Facebook is taking on NextDoor with a NEW ‘Neighborhoods’ feature! 🏘🏡

Facebook’s Community Standards still apply, but Neighbourhoods has its own designated privacy settings, and users can control who sees their information. Facebook advises users to keep the content on Neighborhoods local, and tells them to save comments not directly related to their local area for other parts on Facebook.

To use the feature, users need to verify their neighbourhood by turning their location on. Facebook may use the new feature to give users hyperlocal adverts, Navarra said.

“Using Location Services also helps Facebook provide more relevant experiences outside of Neighborhoods, including ads,” Facebook said in a screenshot of the feature.

“To help make it easier to do this, we are rolling out a limited test of Neighborhoods, a dedicated space within Facebook for people to connect with their neighbours,” they added.

If Facebook releases the feature widely it could take a bite out of Nextdoor, which serves a quarter of US neighbourhoods and 268,000 in total around the world. That app lets folks inform nearby residents about events, sell goods and, more controversially, post about loud parties, crimes, etc.