Facebook on Friday announced the launch of a news tab for the platform, which will aggregate and highlight the top stories of the day. 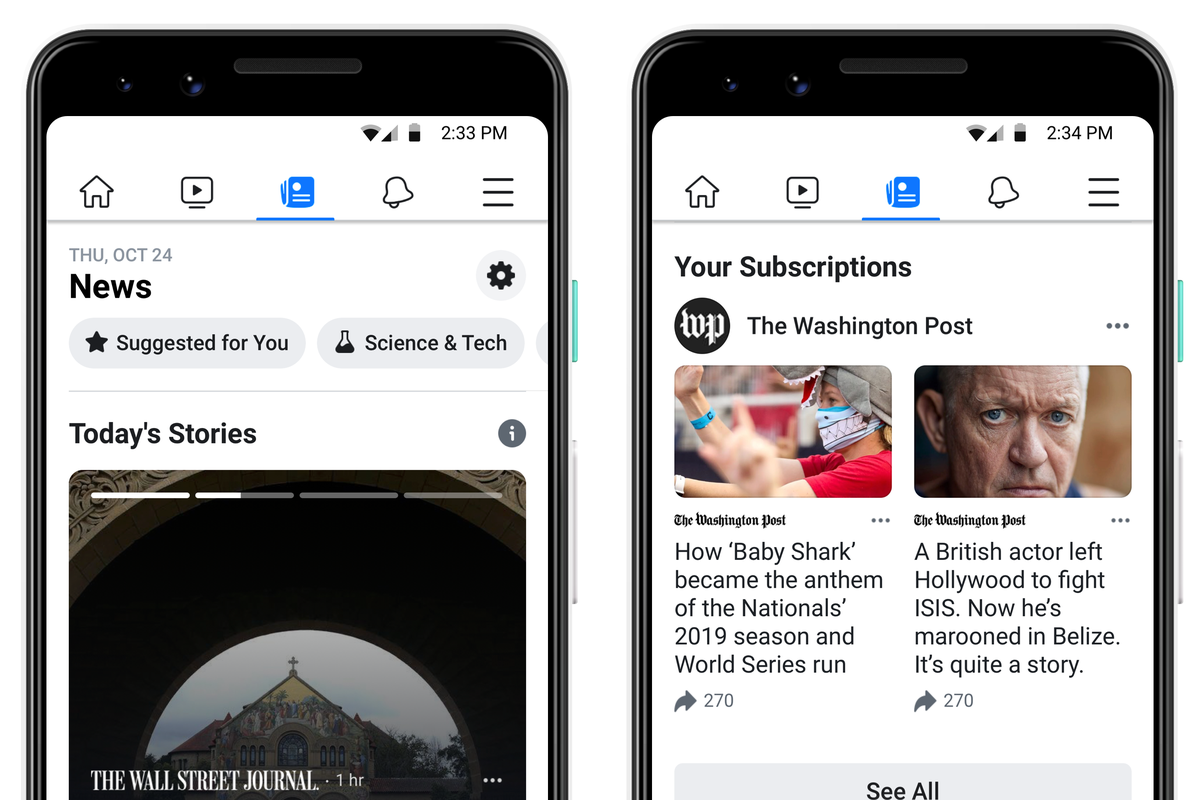 “Today we’re starting to test Facebook News, a dedicated place for news on Facebook, to a subset of people in the US,” said news product manager Mona Sarantakos and vice president of global news partnerships Campbell Brown in a statement.

“News gives people more control over the stories they see, and the ability to explore a wider range of their news interests, directly within the Facebook app,” she added.

With a shortcut that appears in the toolbar at the bottom of Facebook’s mobile app, Facebook News highlights developing stories deemed relevant to the national conversation by curators who source from select publishers, reads a new press release from the social media giant. But it also showcases original reporting from local publications in major metros, including New York, Los Angeles, Chicago, Dallas-Fort Worth, Philadelphia, Houston, Washington D.C., Miami, Atlanta, and Boston, with more to follow in the coming months.

The tab will not disrupt the normal functioning of the News Feed or items that appear therein, but it will aim to give users more tools that control the news items they view. Based on a survey of more than 100,000 users earlier this year, Facebook decided to manually override the artificial intelligence and algorithmic tools that serve up certain items to users. The computerized methods will still be in play, but will be supplemented by selections by a team of professional journalists.

Along with the Today’s Stories and personalized recommendations, Facebook News will include topics sections on business, entertainment, health, science and technology, and sports. Users with active news subscriptions linked to their Facebook account will also see news from those subscriptions in the tab. Facebook will not take a cut of the revenue when driving users to new subscriptions, the company says.

Announcing the service, Facebook explains: “Journalism plays a critical role in our democracy. When news is deeply-reported and well-sourced it gives people the information they can rely on. When it’s not, we lose an essential tool for making good decisions.”

“People want and benefit from personalised experiences on Facebook, but we know there is reporting that transcends individual experience,” Facebook continues. “We want to support both. Unlike Google News, which is controlled by algorithms, Facebook News works more like Apple News, with human editors making decisions.”

The launch of the “news tab” comes as Facebook faces intense heat over whether its dominance in digital advertising has stifled the ability for newsrooms across the country to grow and retain readers.

Earlier this week the social media giant said it would soon begin placing “false information” labels on posts on Instagram, which it owns, to try and stop the spread of misinformation.