Social networking giant Facebook recently added a new icon in the shape of a rocket ship on selected users’ home screens without any hint about what to do with it or what it means. 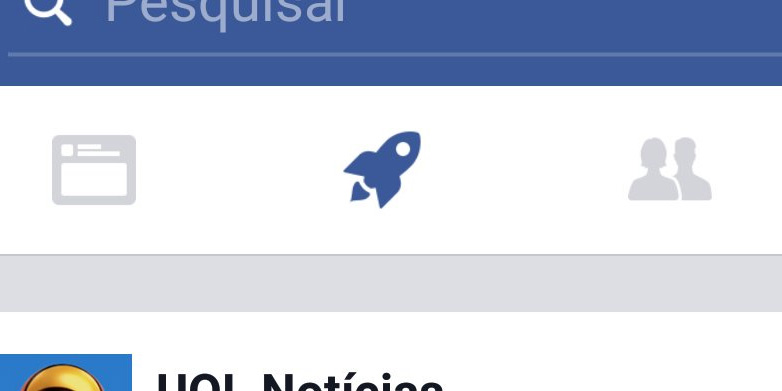 Over the past few days, users have begun reporting that a rocket icon had been added to the icon bar in Facebook’s mobile app.

The new icon sits alongside long-existing buttons like “News Feed,” “Friends,” and the recently added “Marketplace.” But unlike Marketplace, this latest icon was added with minimal fanfare from Facebook.

Tap the rocket icon and users will see a news feed filled with posts from pages they haven’t liked, but with the sort of content the social media giant thinks they’ll like based on your previous activity. These pages might be similar to pages he or she is already following, or those that are popular with their friends.

A company spokesperson, confirming the news, told TechCrunch that Facebook has been quietly testing the new tab in different parts of the world for the past several weeks.

”We are testing a complementary feed of popular articles, videos, and photos, customized for each person based on content that might be interesting to them. We’ve heard from people that they want an easy way to explore new content they haven’t connected with yet,” the spokesperson said.

Ultimately, the new feature could prove useful in breaking people away from being handed like-minded content. But, at the moment, with only a staggered rollout, it appears to be causing more confusion than conversation.