Facebook is adding more Snapchat-like features to its app, according to a new press release from the company detailing changes. The social network says it wants to let people’s cameras “do the talking” as more people are posting photos and videos instead of blocks of text. 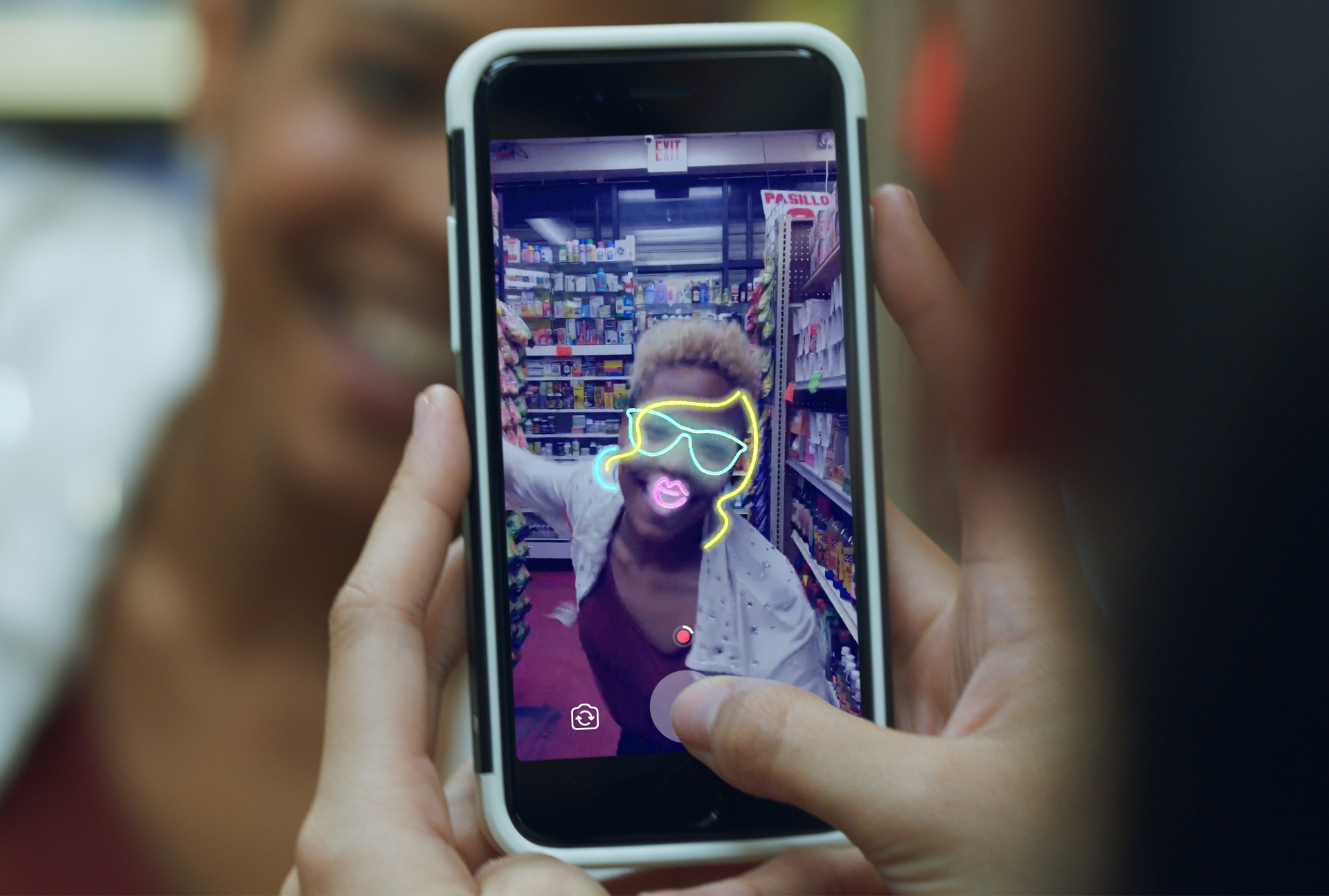 In an update that will begin rolling out worldwide today, you’ll get a slew of changes on your News Feed, the most noticeable of which is the appearance of Story circles along the top of your feed mimicking the appearance of Instagram Stories within Instagram.

The magic behind Facebook Stories is the new, in-app Facebook Camera, which you can access by tapping the camera icon in the upper left-hand corner of your News Feed (the Messenger icon that was there has moved to the right-hand side) or swiping right on your News Feed.

You can use masks, frames, and filters to “let your camera do the talking.” Some of those masks are correlated to new and upcoming movies, like Alien: Covenant, Power Rangers, and Despicable Me 3. Some of the new effects are also dynamic or stylistic (in case you wanted to do that).

According to a promotional video launching the features Facebook has created the new camera feature because “sometimes there are just no words so maybe we should let our cameras do more of the talking”.

Facebook’s Connor Hayes added: “We want to make it fast, fun and easy for people to share creative photos and videos with whomever they choose, for however long they choose – and the more we share with each other, the more open and connected our community can be.

“The Instagram community has shown us that it can be fun to share things that disappear after a day.

“We hope that with the new Facebook Camera, Stories and Direct, it will be easier than ever to see the world through each other’s eyes, and we can’t wait to see the photos and videos you create.”

Check out a video of the new feature below.

Following the release of iOS 16.2, Apple has limited the “Everyone” option in AirDrop to 10 minutes on iPhones for everyone, after which the receiving setting automatically reverts back to “Contacts Only” (via TechCrunch). Last month, Apple rolled out this restriction after applying the iOS 16.1.1 update exclusively in China, noting that the feature improves...
Usman Qureshi
10 mins ago

Apple has today highlighted how the company and its employees support organizations and communities around the world through volunteering, donations, and learning programs. Since its inception 11 years ago, Apple’s Employee Giving program has raised over $880 million dollars for almost 44,000 organizations globally. That includes the work of more than 76,000 employees who have...
Usman Qureshi
44 mins ago