Facebook has once again beaten market expectations for profit and revenue in the last quarter, which caused its stock to hit an all-time high of $128.33 per share today, allowing the social networking giant to overtake Warren Buffett’s Berkshire Hathaway as the fifth biggest U.S. company by market capitalization, Reuters reports. 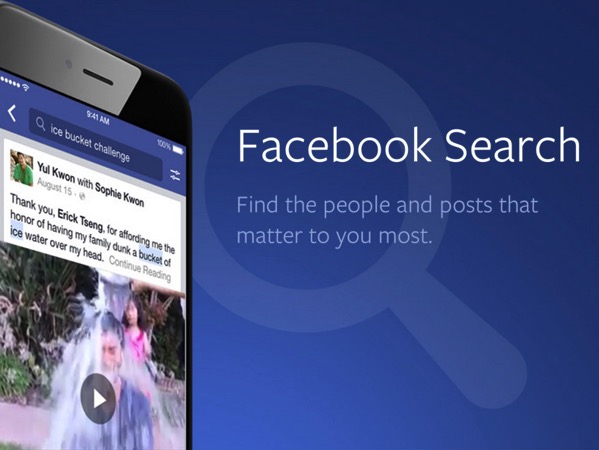 The company’s shares rose almost 4% today, boosting its market value by $14 billion to $367 billion, eclipsing Berkshire’s market cap of about $355 billion. “While FB could be reaching a saturation point in more developed markets, we believe there several levers to drive rev growth,” Mizuho Securities analyst Neil Doshi said in a note. These include more videos to increase time spent online and new ad formats, he said, as well as monetizing other services.

At least 20 brokerages raised target prices on Facebook’s stock, with a median target of $150. Of 50 analysts covering the stock, 46 have a “buy” or higher rating, 3 have a “hold,” and only one has a “sell.” Analysts said Facebook’s “video first” strategy would help drive the company’s growth well into the future as more advertisers move money to mobile platforms.

Meanwhile, a separate report by TechCrunch has pointed out that Facebook is now seeing 2 billion searches per day of its 2.5 trillion posts, marking a 33% climb in the past 9 months. As Mark Zuckerberg highlighted the fact during the company’s earnings call, he clearly implied that you should talk about things on Facebook because your words will find new audiences. “Twitter has ruled this space, but Facebook has been trying to catch since launching public post search last year”, notes the source.

If Facebook can keep generating more search queries, it could open up new monetization opportunities through paid search ads that highlight a business or publisher.

Apple is reportedly scrapping its initial plans to increase iPhone production this year due to lower-than-expected demand. Following the launch of its new flagship, the iPhone 14 series, Apple is now reconsidering the scaling of its production. As reported by Bloomberg, Apple has reached out to its supply chain partners. Initially, the Cupertino company is...
Steve Vegvari
13 mins ago

Logitech is launching a brand new line of 'Designed for Mac' keyboards and mice. The announced products are specifically aimed at servicing Logitech's Apple users. The lineup of 'Designed for Mac' devices includes the MX Mechanical Mini for Mac Keyboard. This keyboard offers the traditional Mac layout. It features backlit keys and is USB-C rechargeable....
Steve Vegvari
58 mins ago