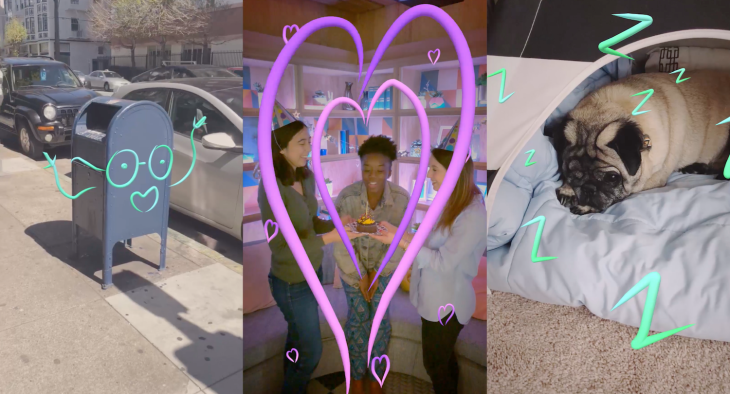 According to a new report from TechCrunch, Facebook is planning to bring support for AR drawings to their Stories feature.

The feature would allow users to draw on the world around them, in addition to creating Instagram’s Boomerang GIFs within the Facebook camera. In a statement, Facebook Camera Product Manager John Barnett said:

“We wanted to give people an easy way to create with augmented reality and draw in the world around them.”

The company is planning to roll out the feature to all users over the coming weeks. With AR drawings you will be able to draw on the world around you and then move your camera around and the markings will stay in place.

Users will be able to add the drawings before or after you take the record. The AR technology is able to understand surfaces like walls and tables then adapt to them when you draw.