Facebook says their own video app for TV will be “a new way to enjoy Facebook videos on a bigger screen,” which is an expansion of last year’s feature where the company allowed streaming of videos from the app to Apple TV.

The video app will show videos shown by your friends and Pages followed, plus top live videos worldwide and other recommended videos tailored to your interests.

Users will also be able to view videos saved for later, plus rewatch old videos you have either shared or uploaded. Facebook says “We look forward to seeing how people use the app to enjoy Facebook videos in a new way.”

Also, new video features announced today include the enabling of sound being on by default, when you’re watching videos and your phone is not on silent. There will be an option to disable this feature permanently and keep videos on silent. 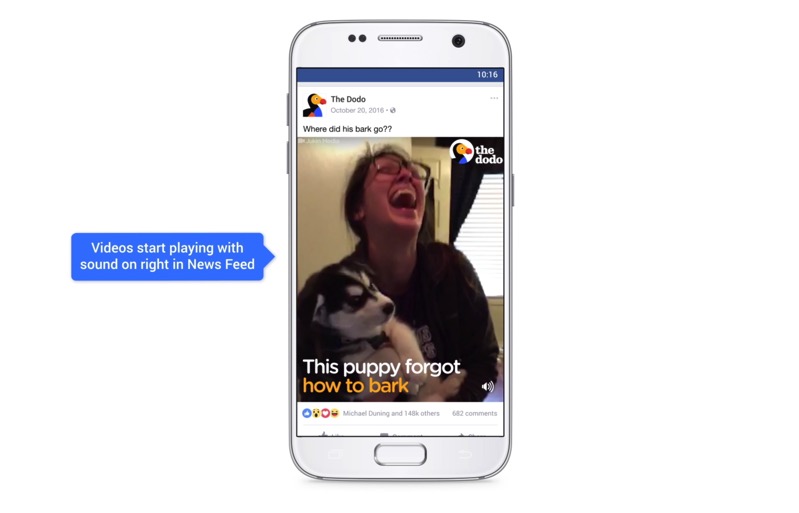 Facebook says vertical videos now look better on iOS and Android, as the larger format tested last year is now available to everyone.

Videos will now automatically minimize to picture-in-picture, when you’ve started playing a video and start scrolling down your Newsfeed. PIP videos can be dragged to any corner of your screen, similar to FaceTime’s live video icon. 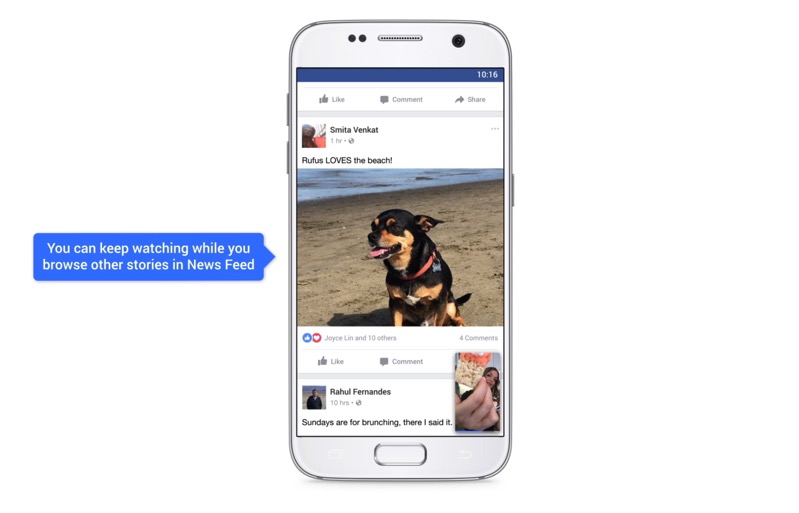