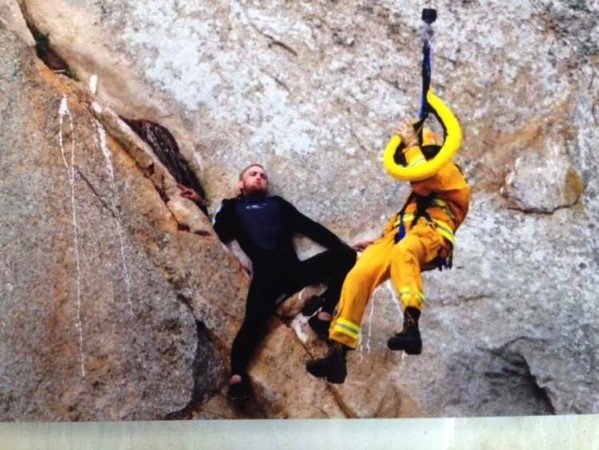 A 27-year-old man named Michael Banks, who proposed his girlfriend on FaceTime from 600 feet up on Morro Rock in California, eventually had to be rescued by helicopter when the hopeless romantic got stuck on the cliff, Sky News is reporting (via Cult Of Mac). The awful mountain climber apparently wanted to get the volcanic outcrop as a dramatic backdrop as he popped the question on his MacBook using the FaceTime app.

Morro Bay fire captain Todd Gailey said Mr Banks took a different, much steeper, trail down the cliff and became stranded. “He couldn’t go any direction, on a sheer ledge, with his feet dangling 80 feet off the ground,” he said.

Captain Gailey was lowered by cable from a helicopter to hoist Mr Banks from the narrow ledge, with the rotors spinning near the cliff, and ocean spray battering both men. Local media said Mr Banks had been cited for trespassing, and he is expected to be charged for the helicopter ride.

Whether or not Mr Banks had any second thoughts about making the proposal from the mountainside remains unclear, but Captain Gailey has advised that next time he should consider a place where he’s not in danger of falling off a cliff. 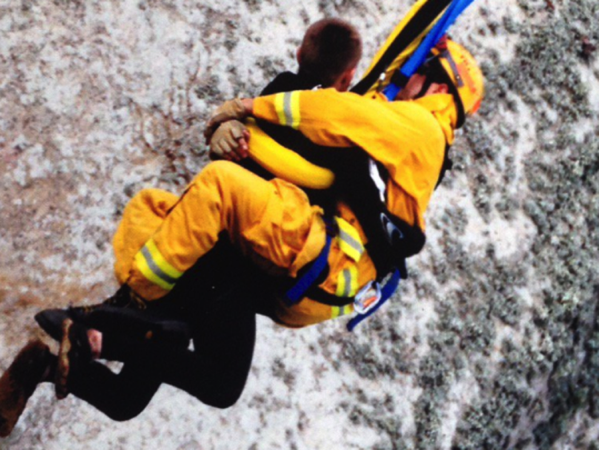 While climbing Morro Rock is currently banned, some people still tackle it with several fatal falls reported over the years as well.