Canada’s COVID Alert exposure notification app, has already been downloaded over six million times and is active in most provinces. The private app does not track your location and can help notify people if they are exposed to COVID-19. 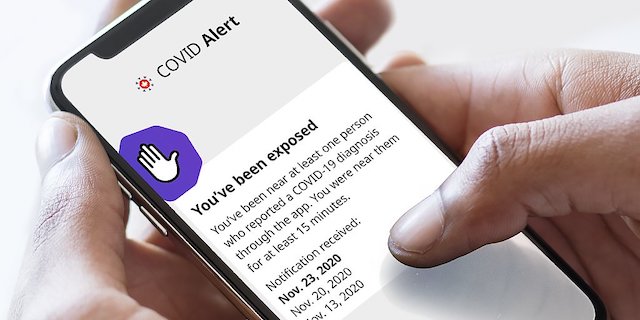 Despite the fact that the app has been vetted as safe by Canada’s privacy commissioner and provincial counterparts, the government of British Columbia still hasn’t opted to use the COVID Alert app. The app only uses Bluetooth for anonymous “handshakes” in the background and does not even use GPS info or collect any user data.

In an opinion piece published on Burnaby Now, Member of Parliament and Minister of Digital Government, Joyce Murray, says she is ‘quite disappointed’ in her home province for skipping the adoption of COVID Alert:

I live here in B.C. and my Ministry of Digital Government developed the app so I’ll be blunt: I am quite disappointed that my home province of British Columbia still hasn’t opted to use the COVID Alert app. The app is active in most provinces and has been downloaded over six million times. It’s clear that the app can help reduce infections by empowering folks to make smart decisions. It allows people to proactively isolate to protect their family, friends and co-workers if they are notified that they may have been exposed to COVID-19.

Earlier today, COVID Alert was updated to now notify people if they have been exposed to COVID-19 on multiple dates, while in an exposed state. The app was also recently updated to support the older iPhone 5s, iPhone 6 and iPhone 6 Plus.

As for why B.C. and Alberta still refuse to adopt the app, it’s quite the head-scratcher.

As of January 17, COVID Alert has been downloaded 6.07 million times, with 16,184 people voluntarily entering in one-time keys, according to the federal government.