If you’re looking to get an iPhone 8 or iPhone 8 Plus from Fido, it appears a device shortage is in effect, as the company’s website states:

“All iPhone 8 and iPhone 8 Plus devices appear to be extremely popular at the moment, so there may be wait times of 2-3 weeks on these phones online. Sorry for the inconvenience.” 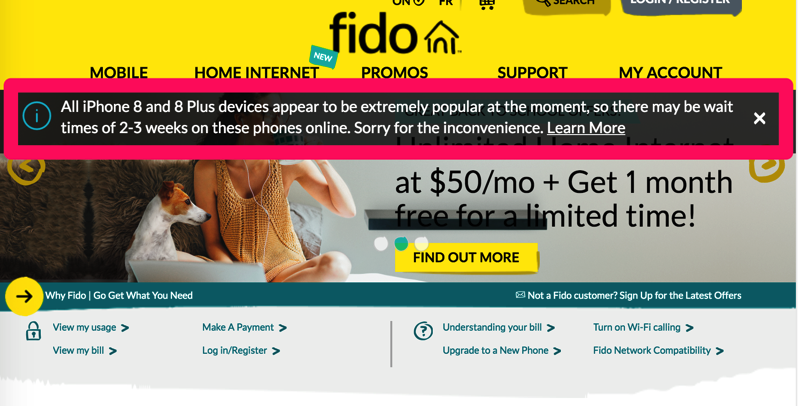 A similar shortage appears to be happening at Telus’ flanker brand Koodo Mobile, as listings for iPhone 8 and iPhone 8 Plus note “your order will ship in 1 to 2 weeks.” 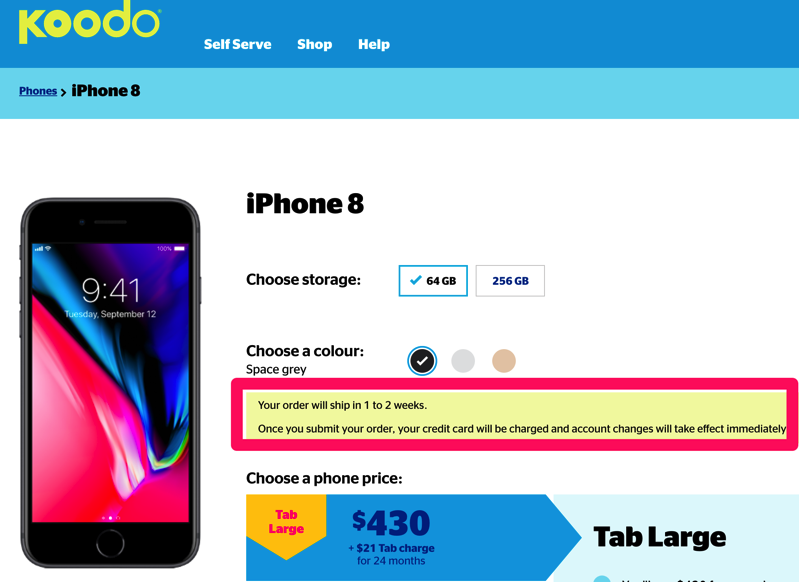 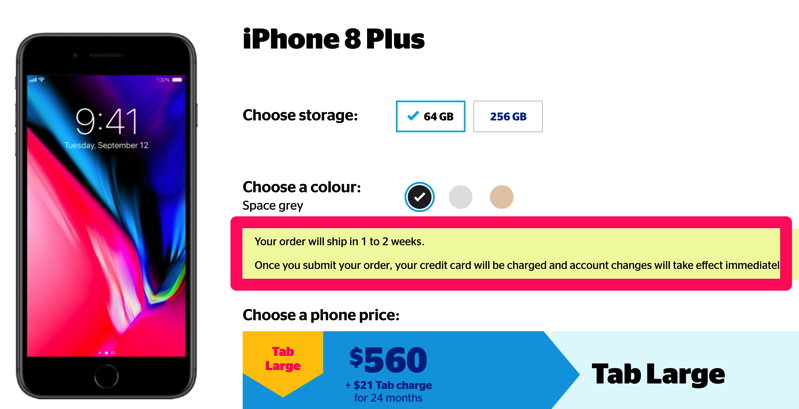 As of writing, all iPhone 8 configurations and colours are shipping in 1-3 business days on Apple.ca, which is the same for iPhone 8 Plus. If you’re looking to get an iPhone 8 or iPhone 8 Plus on contract, hit up an Apple retail store, or try a reseller like Best Buy, Walmart, Superstore, etc.

Lots of iPhone 8 and iPhone 8 Plus stock could mean people are holding out for iPhone X, or Apple has a tonne of supply on hand, given the majority of components within the 8/8 Plus models are similar to last year’s devices.

Click here to check out iPhone X contract pricing from Rogers, if you haven’t seen them already.