Rogers has shared iPhone X carrier pricing on its website, which lists the following prices: 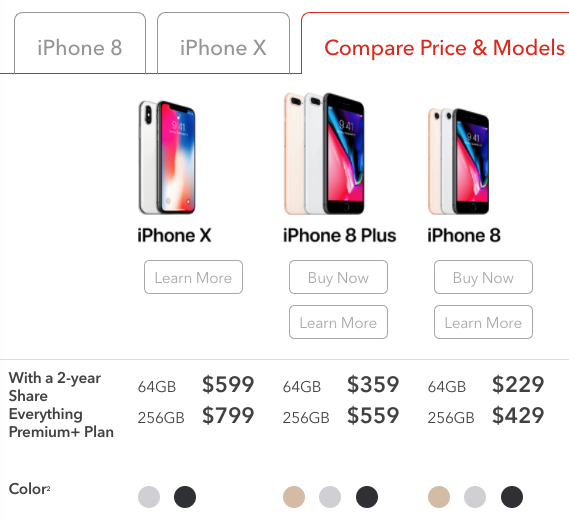 These are on Premium+ plans offering the max subsidy, since the prices listed on the Rogers website are next to iPhone 8 and iPhone 8 Plus contract pricing, on these same plans. Premium+ plans start at $95 per month with 3GB data and 300 local weekday minutes.

Premium plans offer $200 less subsidy upfront, which means pricing will be at $799/$999 for 64GB/256GB respectively, with monthly plans starting at $85 per month. Better start saving those pennies, folks.

iPhone X pre-orders still start on October 27 with a launch set for November 3.

Earlier today, iPhone 8 and iPhone 8 Plus launched in Canada. Some Freedom Mobile users are already using these latest iPhones, as they support the Band 66 AWS LTE.