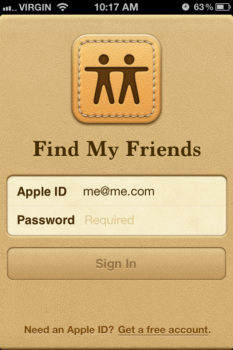 Police in Gloucestershire, UK, have managed to track down a missing man using the app “Find My Friends”.  On July 2nd, a woman reported her husband missing. She told police he had taken his iPhone with him.

Gloucestershire police began searching for the man. The woman remembered her husband’s login details for his phone and the police used them to track his movements using the “Find My Friends” app. The search shifted to the computer where Sergeant James Wyatt was quickly able to locate the man. Sergeant Wyatt was able to relay the man’s location to the officers in the field.

One of the officers working in the police control room, said:

“By using the app when we were first made aware of the concerns for this man we were able to respond directly to where the male was located, ultimately leading to a man’s life being saved, via an efficient and dynamic approach.”

“Downloading this type of app can help save you from having to replace an expensive piece of kit if it is lost or stolen. It will also help lead police to the minority within our community who decided to break the law and help see them arrested and put before the courts.”

I am interested to know what you think. Do you see this as a violation of the man’s rights? Do you agree with the police Find my Friends to track you?