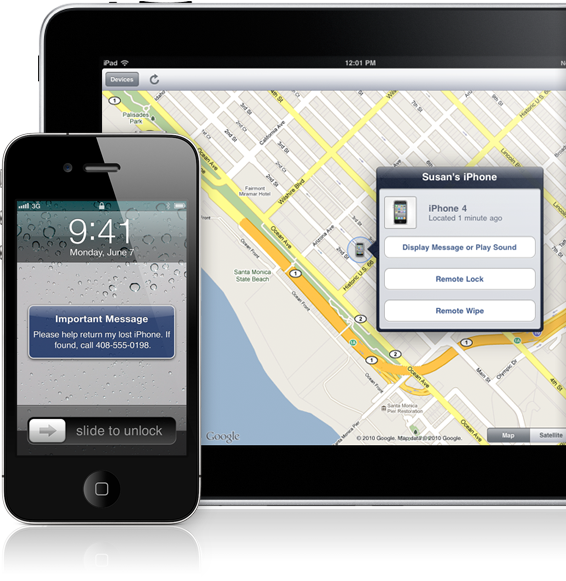 If you lose your iPhone, you need to ensure you’ve setup Find my iPhone. This service was previously part of MobileMe’s annual $109 subscription fee, but recently became free of charge thanks to Apple.

Dave Crooks had his iPhone 4 stolen in Calgary, and Find my iPhone came to the rescue. Dave had his vest taken at his daughter’s hockey practice and used Find my iPhone to locate his precious iPhone 4.

That’s when Crooks remembered he’d signed up for MobileMe, a $100 Apple service that enabled his phone with a GPS locator application. Unable to go anywhere because the thieves also had his keys, Crooks phoned his wife at home and had her log into his account.

“She said, ‘Oh, my God, your cellphone is now driving down the Deerfoot Trail,’ ” said Crooks, who called police and put them into action.

For the next couple of hours, Crooks’s cellphone was tracked across the north end of the city, stopping at CrossIron Mills mall, where he feared the thieves might be using his credit cards.

It took several hours, but police eventually stopped a vehicle.

Inside its trunk, officers found Crooks’s vest, complete with keys, wallet â€” and of course, the phone.

Crooks said he even listened in â€” using a friend’s cellphone â€” as police questioned a woman about what happened before making an arrest.

“She was surprised,” said Crooks, adding he was “giddy” when that happened.

If you haven’t setup Find my iPhone, you should. It’s free for iPhone 3GS/4 users. Follow our guide here.