YouTube channel EverythingApplePro put the iPhone XR to a drop test against its older sibling, the iPhone 8. 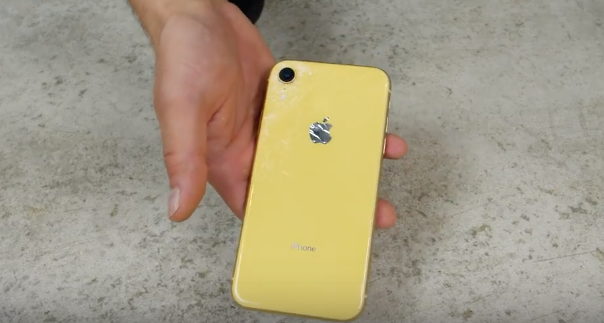 Both the iPhone XR and iPhone 8 were dropped from a variety of heights, ranging from waist high, face high and up to 10 feet from a ladder.

The iPhone 8 met its death from a face-down drop at a face high height, with the screen shattering. The iPhone XR survived drops from waist high, face high, 8 feet and even 10 feet. It only shattered the front after the second drop from 10 feet.

EverythingApplePro says the iPhone XR has “durability magic” and “feels like a very tough phone.” At the end of the tests, he said the iPhone XR is “ridiculously durable”, admitting he believes it is stronger than an iPhone XS and its stainless steel sides.

While these drop tests are unscientific in nature, it does provide a quick glimpse of what can happen to your iPhone XR if you happen to drop it onto concrete without a case on.

Another video below shares an unboxing of all new iPhone XR colours:

While releasing the first trailer for the Antoine Fuqua-directed historical drama, Apple has today announced that Will Smith’s next film ‘Emancipation' will premiere in theaters on Dec. 2 and will stream on Apple TV+ starting Dec. 9. According to Variety, Apple’s decision to delay the film to 2023 after Smith became embroiled in controversy for slapping...
Usman Qureshi
7 mins ago

Even though Sony's first VR headset took 8 months to sell a million units, the company is betting big on its next-generation PlayStation VR2 headset with an increased production plan, according to Bloomberg. Citing people familiar with the matter, the publication notes that Sony is planning to make 2 million units of the PlayStation VR2...
Usman Qureshi
27 mins ago