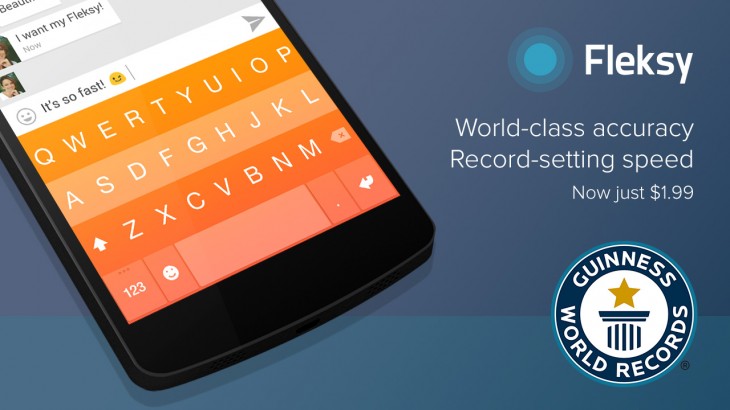 Fleksy Keyboard user Marcel Fernandes Filho just just reaffirmed Fleksy as the world’s fastest keyboard and has also made the iPhone 6 Plus the world’s fastest phone for typing. Marcel broke the previous 18.19 second Guinness World Record for “fastest time to type a text message on a touchscreen device”, set using Fleksy, by a full 1.19 seconds.

Using Fleksy’s world-class accuracy and powerful gestures, Marcel set a new record for typing speed at 17.00 seconds. That’s not the only news today though… We’re also dropping the price of our full version on Android by 50% to $1.99!

“We want to improve the typing experience for everyone, and we hope this price drop encourages even more users to take advantage of Fleksy’s offering,” said Fleksy Founder & CEO, Kosta Eleftheriou.

So if you’ve been waiting to try out Fleksy on iOS, there’s no better time than today.