Yesterday’s release of iOS 8 also meant third party keyboard developers were able to release their apps in the App Store. We listed a few available for you to try and so far we have tested three popular ones in the past 24 hours: Swype, SwiftKey and Fleksy.

This is not an in-depth review, but rather a quick ‘brain-dump’ of our experience using these new keyboards. 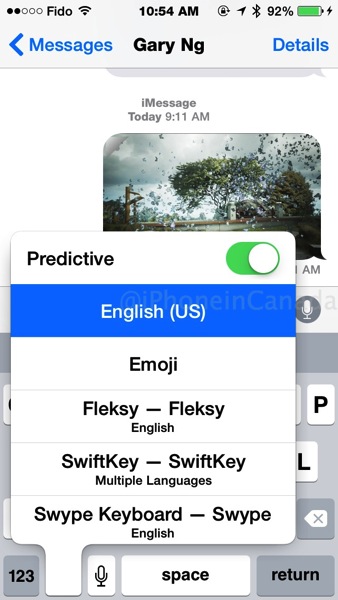 Which one of these three is the best? That depends on your preferences but for us, based on our quick usage we were able to determine features we liked and did not like within each keyboard. Let’s take a look at them now, in the order which we installed them.

After downloading and installing these keyboards, you need to add them via Setting on your iOS device. Go to:

iOS 8 remembers which keyboard you’re using based on specific iMessage chats and apps.

Out of these three, SwiftKey and Swype install apps on the home screen to modify settings. For Fleksy and SwiftKey, you need to toggle ON “Allow Full Access” in order to use all the keyboard’s features. This action toggles the following pop message, saying:

Full access allows the developer of this keyboard to transmit anything you type, including things you have previously typed with this keyboard. This could include sensitive information such as your credit card number or street address.

Okay, that message is enough to scare anyone, right? But in order to get word suggestions in Fleksy and SwiftKey (plus SwiftKey Flow), you need to turn this on. With Swype, there is no need to enable full access because the option doesn’t exist.

So after using these three keyboards on and off for the past day, here are some quick pros and cons I’ve noted from each. 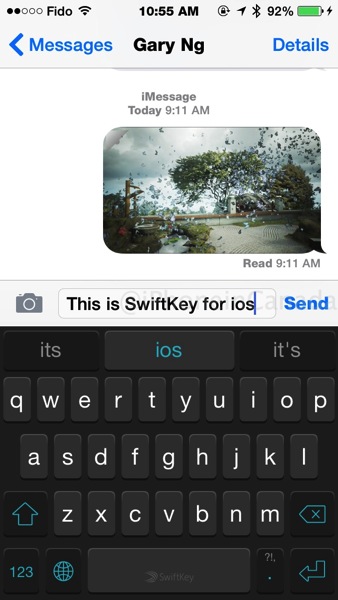 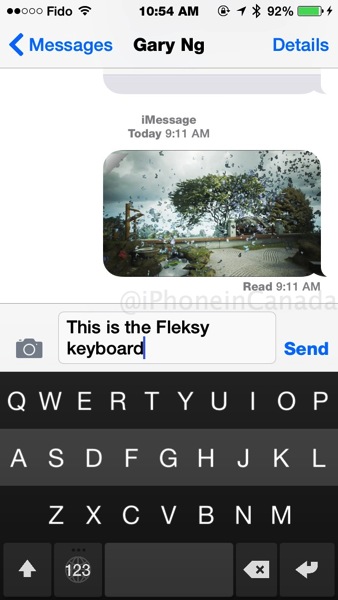 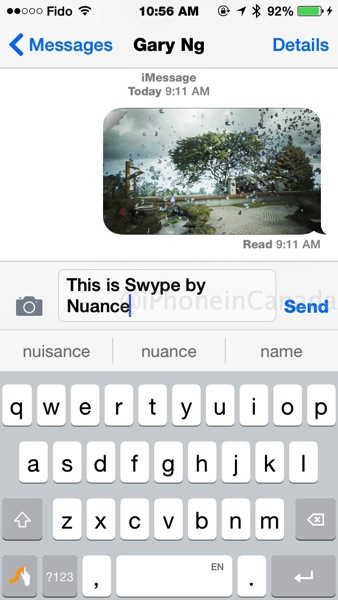 Some users have been experiencing ‘missing’ keyboards after enabling these third party keyboards in iOS 8. The problem could be due to guided access being enabled, according to Swype:

We are seeing this issue with other 3rd party keyboards as well and we are currently working with Apple to resolve it.We’ve seen a few other users mention that disabling a specific feature in Accessibility might be helpful: Settings -> General -> AccessibilityThen disable “guided access.” We have not been able to confirm that this helps, but have seen some anecdotal evidence online that this might be good if all other steps fail.

So…which keyboard is the ‘best’?

Out of these three that we tested, we have to say we love Swype the best, now our third party keyboard of choice. Yes, I only tested these ones for 24 hours but Swype’s touch typing accuracy was superior than SwiftKey and also the app has a full number pad.

Overall, Swype just felt better and I can see myself using it on my iPhone 6 Plus for one-handed swipe typing, alongside Apple’s iOS 8 keyboard. Swype just “clicked” for us while using it, something the other two keyboards didn’t do—plus there’s no need to require full access to what I’m typing.

Again, don’t take my word on which one is best–get out there and try these keyboards out yourself.

Which third party iOS 8 keyboards have you tried? Which one do you like the best so far?