Ford Motor Company has announced that it will expand its SYNC 3 connectivity platform through its entire 2017 US vehicle line-up, which enables Apple CarPlay and Android Auto support. 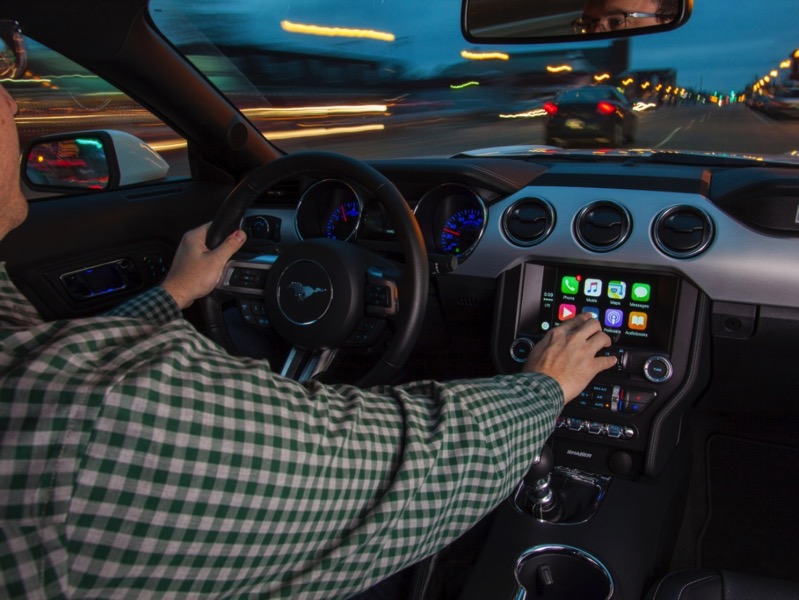 This means buyers of the 2017 models already announced such as the Fusion, Mustang and Explorer will be able to plug in their iPhones and enjoy the Apple experience on four wheels using the vehicles’ in-dash display. The service will also be included in other models such as the 017 F-150, Focus, Edge, and Super Duty.

“SYNC 3 is already a major leap forward in terms of functionality, simplicity, and user experience – Ford’s promise that every new model now ships ‘Smartphone-ready’ is huge,” said Jeffrey Hannah, Director of North America for global automotive technology research firm SBD. “Ford is not taking the traditional approach of introducing Apple CarPlay and Google Android Auto on a few piecemeal models or as an expensive option on luxury vehicles only. The guesswork for consumers is over – if you buy any 2017 Ford vehicle with SYNC 3, you drive off the lot with both of these innovative technologies ready to go.”

Ford also added Spotify, Pandora, Ford PASS, AccuWeather and AAA member services to its SYNC AppLink. The car manufacturer has retroactively added Siri Eyes Free support to an estimated 5 million of vehicles manufactured between 2011 and 2016 through the SYNC 3.8 software update.

Apple’s CarPlay is compatible with iPhone 5 or later and gives users access to Siri voice controls, alongside Apple Maps, Apple Music, phone, messages and a variety of third-party apps.