The American multinational conglomerate Berkshire Hathaway takes the 3rd spot on the rankings, up from 4th place last year, followed by Walt Disney and Starbucks on 4th and 5th spots respectively.

Microsoft, Google’s parent company Alphabet, and Netflix are at 6th, 7th, and 8th spots on this year’s rankings. 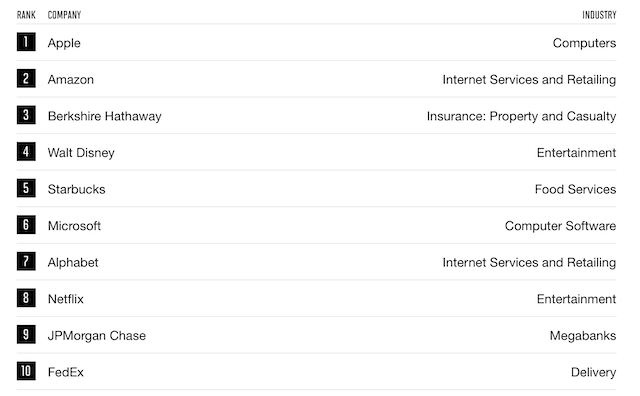 According to Fortune, its annual survey measures nine attributes considered critical to a company’s global success, from investment value and quality of management and products to social responsibility and people management. A company’s score must rank in the top half of its industry survey to be listed.

The list, widely considered to be the definitive report card on corporate reputation, is based on company surveys and peer ratings from senior executives, directors, and analysts.

The full list appears in the February issue of Fortune Magazine and is available online at this link.