Apple’s major iPhone / iPad parts suppliers Foxconn is reportedly planning to build at least 5 more manufacturing facilities in Brazil in order to meet Apple’s growing iPad production demands (via AppleInsider). These factories are expected to produce approximately 400 million iPad units in the next five years. In addition to helping supply Apple with iPads, the factories will also produce notebooks and some general electronics. Each factory will reportedly staff 1000 workers. 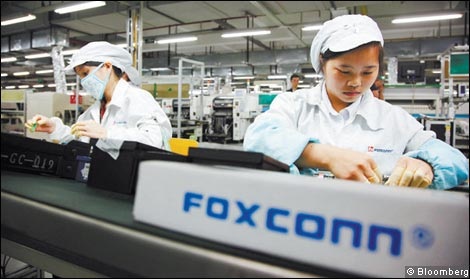 Apple product assembler Foxconn plans to build five additional factories in Brazil to help cater to demand iPads and other tablets, which are expected to combine for an annual run rate of nearly 400 million units within five years.

Folha.com says the news was revealed by São Paulo’s Secretary of Planning and Development of the State, Julio Semeghini. He said the five factories, which are in addition to the one already believed to be turning out iPads and iPhones, will each staff roughly 1000 workers.

The locations of these new factories will be decided once officials from Foxconn and the Brazilian government will meet following the Chinese New Year.

A new Apple support video has detailed how you can use the iPhone's Safety Check feature to disconnect your device from people, apps, and devices you no longer want to be connected to. You can use Safety Check to check whom you’re sharing information with, restrict Messages and FaceTime to your iPhone, reset system privacy...
Usman Qureshi
1 second ago

Amid the tools used by archaeologists for centuries i.e. trowels, buckets, brushes, and pickaxes, there’s a new piece of equipment, the iPad Pro, as highlighted by Apple in a new feature. “iPad is the perfect archaeology machine,” says Tulane University professor Dr. Allison Emmerson. who was part of the team that pioneered its use to...
Usman Qureshi
26 mins ago