Foxconn unveiled three EV concepts under the Foxtron marque, which it plans to build for automotive customers rather than sell under its own brand. 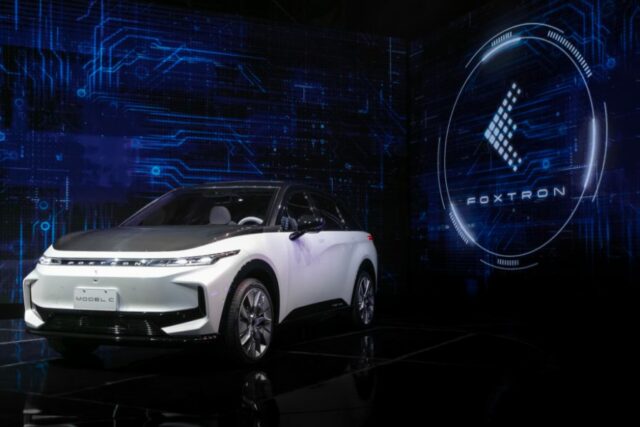 Foxconn, the Taiwanese company best known as an iPhone supplier, revealed three electric vehicles it plans to bring to market through partnerships: an electric SUV, a flagship sedan, and an electric bus, reads a new report from Bloomberg.

The debuts took place during the company’s Hon Hai Tech Day 2021, which adopted an overarching tone of becoming a “global next-generation automotive manufacturer.”

Foxconn developed the EV prototypes under the Foxtron brand in collaboration with Taiwan’s Yulon Motor. The latter has its own brand (Luxgen) and manufactures Nissan and Mitsubishi vehicles for the local market. The prototypes include a luxury sedan, SUV, and transit bus, labeled the Model E, Model C, and Model T, respectively.

The sedan, which was jointly developed with Italian design firm Pininfarina, will be sold by an unspecified carmaker outside Taiwan in the coming years, while the SUV will be sold under one of Yulon’s brands and is scheduled to hit the market in Taiwan in 2023. The bus, which will carry a Foxtron badge, will start running in several cities in southern Taiwan next year in a partnership with a local transportation service provider.

Foxconn is the largest assembler of iPhones, giving it an edge as a potential carmaker partner for Apple as the Cupertino company weighs expanding into vehicles.

The Apple car, whatever its final iteration is, would be the ultimate prize for every EV manufacturer. Working in Foxconn’s favour is its strong relationship with the US consumer-electronics giant. The years-long partnership has expanded as Apple has added product categories, and the company now accounts for about 50 per cent of Foxconn’s annual sales.

Any Apple automobile is still years away and the company has suffered setbacks including the recent departure of the head of its car project to Ford Motor. An Apple car has for years been somewhat of a paradox – it’s one of its most hotly anticipated products yet the company has publicly said almost nothing about it.