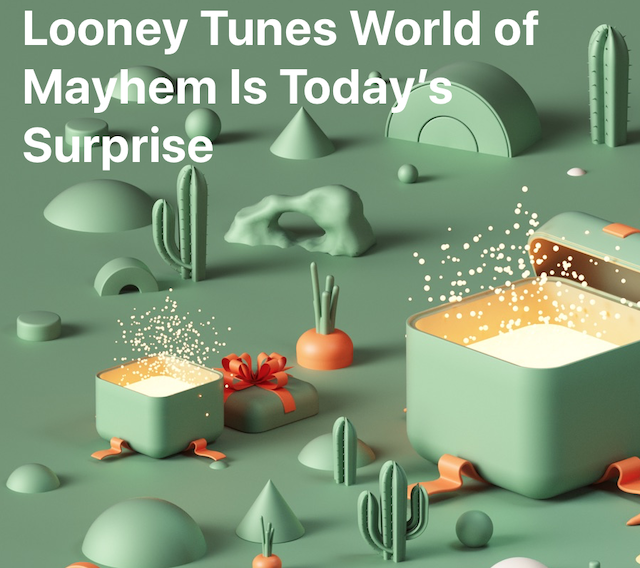 Apple has today revealed that it will be offering a daily surprise gift in the App Store from December 24 through December 29 as part of its Christmas promotions, starting with today’s free download of Looney Tunes World of Mayhem.

“Have you seen today’s other goodies? Look for the unwrapped presents on the ?App Store?’s Apps, Games or Today tabs.

Come back daily to discover what treat we’ve got waiting for you!”

Looney Tunes World of Mayhem is an RPG that lets you join Bugs Bunny, Daffy Duck, Marvin The Martian, and all the classic toons to build the greatest Toon Team. Users get to build a town of their favourite cartoon characters and famous Looney Tunes landmarks.