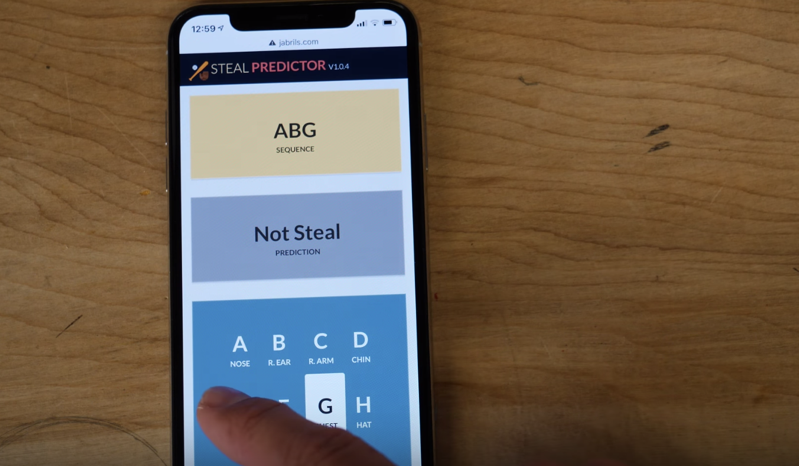 Former Apple engineer Mark Rober is back at it again with another video on YouTube, this time sharing a free web app–called Steal Predictor–which can steal baseball signs thanks to the power of machine learning.

All you do is plug in a sequence of baseball signs and the result, and the app does the rest to figure out the calls. Armed with a smartphone, anyone can steal baseball signs using this app.

Check out the video below to learn more and let us know if you give it a try: