In mid-March, FunnyorDie.com announced it was set to release their own parody Steve Jobs biopic titled “iSteve” on April 15th. The first teaser of this movie starring Justin Long was available in early April and just last week its producers revealed behind the scenes tidbits of what it took to make the movie. 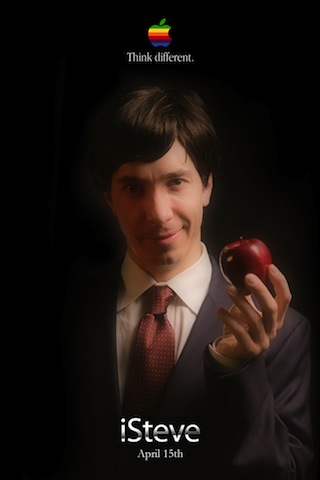 We were anticipating the release of iSteve yesterday but it never made it to light. Funny or Die has announced it has delayed the premiere of the movie due to the Boston Marathon tragedy and rescheduled the film for Wednesday, April 17th. The site encourages its viewership to rather donate to the Boston Red Cross instead.

Justin Long will play Steve Jobs; Jorge Garcia as Steve Wozniak and James Urbaniak and Michaela Watkins will portray Bill and Melinda Gates. Yesterday was not a day to celebrate the launch of a Steve Jobs parody as it wasn’t a day to laugh. Stay tuned for Wednesday.