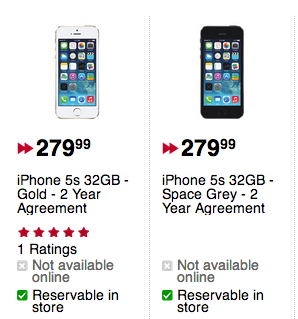 The price is available in-store and not available online. The discount is decent, but during Black Friday last November the 32GB iPhone 5s was down to $199 on a two-year term. Let us know if you’re going to jump on this!