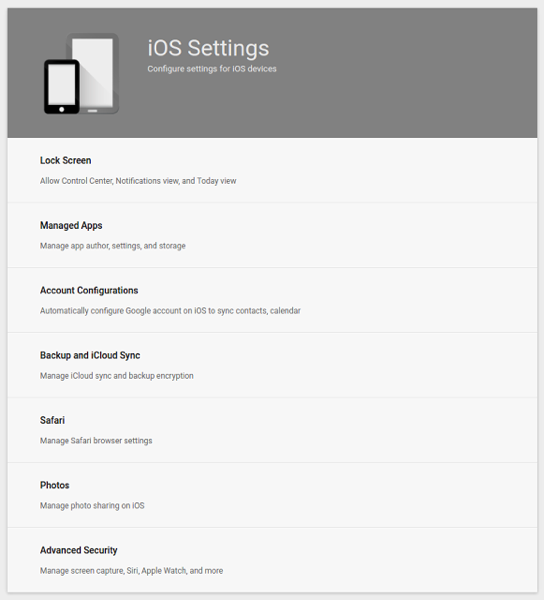 Google has today announced in an official blog post that in an effort to provide more control to G Suite admins, it is enhancing its Google Mobile Management tool by adding several new iOS features for enterprise security, including the popular feature request for managed corporate contacts. From now on, G Suite admins will be able to sync managed corporate contacts to their users’ devices, improving iOS device compliance.

In addition to the above changes, Google is updating device restriction policies for managed apps, account configurations, Safari and Photos, as well as advanced security features such as allowing screenshots and screen recording, Siri, Apple Watch, and more.