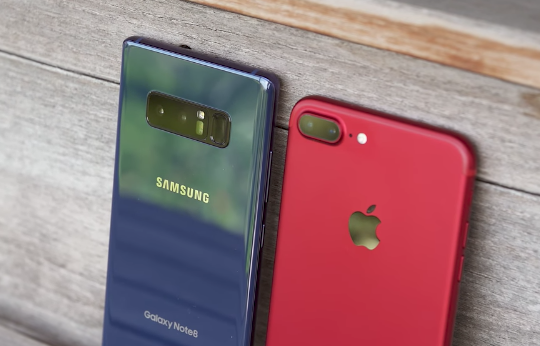 The short video tests out Portrait mode on the iPhone 7 Plus, versus the dual camera setup on the Note 8. Winget says the Note 8 requires less distance to achieve similar portrait mode effects, but overall he is impressed with both cameras, giving an edge to Samsung’s latest phablet.

It’ll be interesting to see the Note 8 versus Apple’s ‘iPhone 8’, once it is announced, on what the WSJ reports will take place on September 12th.

Following Morgan Stanley's estimate that Apple’s App store net revenue tumbled a record 5% last month, CNBC's Jim Cramer has said that investors should ignore negative calls about the iPhone maker and hold onto their shares. “The next time you hear this Apple mishegoss, you need to recognize that you’re still getting one more buying opportunity in...
Usman Qureshi
19 mins ago