U.S.-based video game and consumer electronics giant GameStop has just announced the launch of its digital asset wallet to allow gamers and others to store, send, receive and use cryptocurrencies and NFTs across apps without having to leave their web browsers. 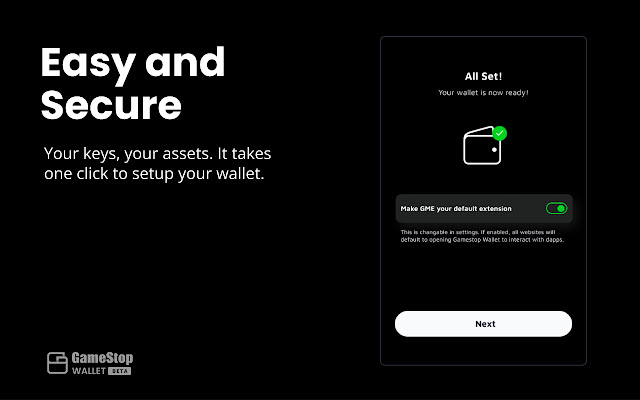 The GameStop Wallet is a self-custodial Ethereum wallet. The wallet extension, which can be downloaded from the Chrome Web Store, will also enable transactions on GameStop’s NFT marketplace, which is expected to launch in the second quarter of the Company’s fiscal year.

The wallet uses Loopring to execute transactions, a Layer 2 solution built on top of the Ethereum blockchain supposed to lower costs for “gas,” the fees incurred when processing a transaction on Ethereum.

The company is also partnering with Immutable X for its launch, another Layer 2 protocol designed to lessen the gas fees associated with transactions.