Garmin has today unveiled its first ever smartwatch with built-in storage for music called the ‘Forerunner 645 Music’, featuring 3.5GB of storage space that can hold up to 500 songs. Users can save their favourite music from iHeartRadio, iTunes, and other playlists on the new Garmin wearable, and listen to it without having their smartphone present (via ArsTechnica). 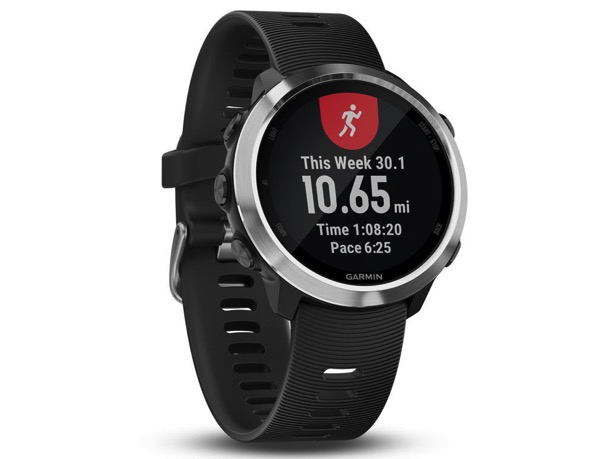 The Forerunner 645 Music can pair with Bluetooth earbuds and also supports music transferred from a computer or a music streaming service. Paid subscribers of iHeartRadio’s streaming service can download their saved playlists as well. The device will also let users downloaded playlists of DRM-free music from iTunes and Windows Media Player, using the Garmin Express desktop application for device setup and syncing.

Both Forerunner 645 models (musical and non-musical) track a bunch of activity and daily movement data, support a plethora of sport profiles, and can connect to the Garmin Connect IQ store to download watch faces, widgets, data fields, and other programs. The devices will also deliver all your smartphone alerts to your wrist, and Android users can even respond to text messages directly from the watch.

Garmin claims the Forerunner 645 Music will last seven days in smartwatch mode or up to five hours in GPS mode with music.

Garmin has priced the Forerunner 645 Music at US $449, which makes it more expensive than the base Apple Watch Series 3 model.

Apple’s 10th generation iPad launched this year to some mixed reviews, and today, the experts over at iFixit have given it their signature teardown treatment. “It’s such an odd device – in both good and bad ways,” says iFixit. "A few genuine leaps forward for consumers sit alongside some truly baffling design choices." "You’d expect...
Usman Qureshi
50 mins ago