Last December, George Hotz, known as the first person to hack the original iPhone, showed off his new self-driving car he built in his garage. Now, he has shared more of his self-driving car technology to The Verge, explaining it will be available as an aftermarket product for $1,000 USD. 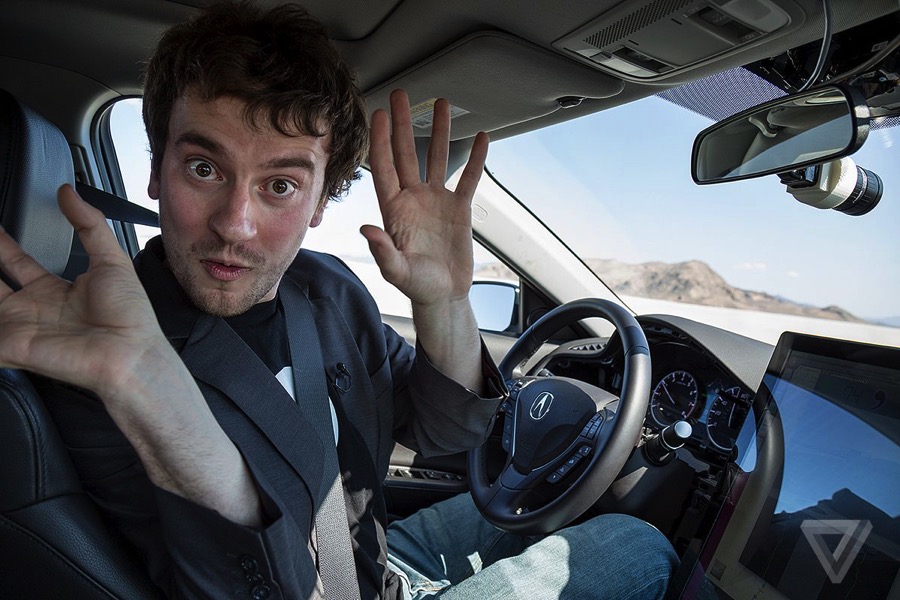 Hotz explains his aftermarket self-driving kit will be as easy to setup, like “IKEA furniture”, and will ship by this year’s end:

For less than $1,000, Hotz promises to sell a kit that will let customers transform dumb cars into smart, self-driving ones. Installation will be a cinch, he says — no more difficult or time-intensive than building a piece of Ikea furniture. Though he’s vague about which cars the final product will work on — “if your car has electronic stability control and electronic power steering, there’s a chance we could make it work; it won’t work on your ‘72 Chevy” — he’s confident it’ll ship by the end of the year.

What makes Hotz’s system different from other auto pilot systems, is it relies on good and bad driver data and emulates it, crowdsourcing data from users’ phones via an app called Chffr and into their database.

The system looks pretty complex but I don’t know if I’d be willing to install it in my car, yet.