A new patent application filed by Apple suggests that the company is planning for an ambitious design for an all-in-one computer that integrates display as well as keyboard into a single curved glass sheet. 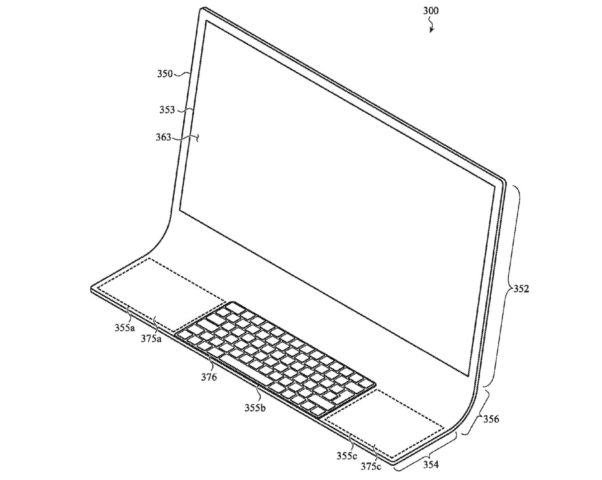 According to a patent published by the United States Patent and Trademark Office (via MacRumors), the device — called “Electronic Device with Glass Housing Member” — is an all-in-one design featuring the display situated at the upper portion and input controls in the lower. There is also a transitional section that connects the two halves which allow for a “continuous curved surface between the upper portion and the lower portion.”

The display itself would be embedded in this single curved piece of glass, which would also have a slot for a keyboard, while most of the internal hardware of the all-in-one would reside in a “wedge” extending from the back of the computer. 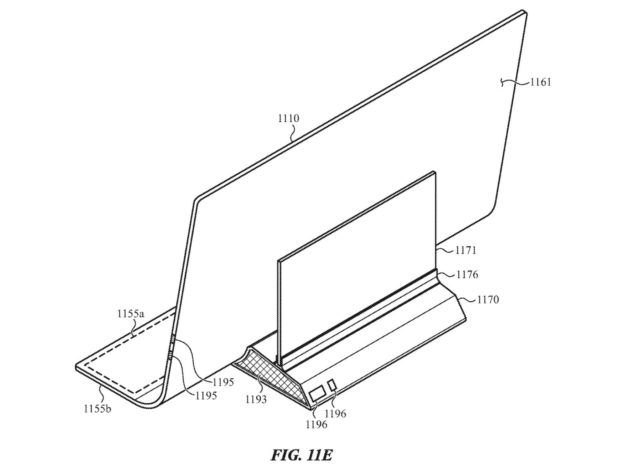 The device is sleek and ultra-modern, featuring a keyboard and two trackpads — one on either side. One of the patent drawings depicts the bottom of the display folding up for storage. 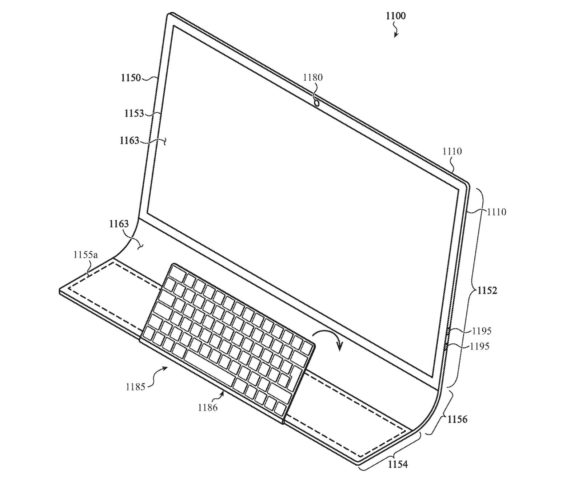 The patent says: “The electronic device may include a display coupled to the glass housing member and configured to provide a visual output at the display area.”

While the patent itself doesn’t guarantee that such a device will see the light of the day, it isn’t difficult to imagine that the Cupertino company could be working on at least some form of a redesign to the device.