Earlier this summer, some Android users got a glimpse of dark mode for Gmail and the latter confirmed last month a roll out was coming to iOS and Android devices.

Users haven’t seen dark mode support debut widely yet, but a recent tweet by Gmail says the roll out is still underway.

“Hi there. We’ve started rolling out dark mode for Gmail in the latest update. You should see an option to enable it if you have iOS 11+/Android 10+ soon,” said Gmail on October 9, 2019, on Twitter.

Gmail announced back on September 24 dark mode would be rolling out within 15 days or longer. The feature will automatically turn on when iOS 13 Dark Mode is enabled.

Currently, when launching Gmail on iOS, the launch screen already displays a dark mode background when you have Dark Mode enabled. It’s hard to capture but here’s a screenshot from our screen recording: 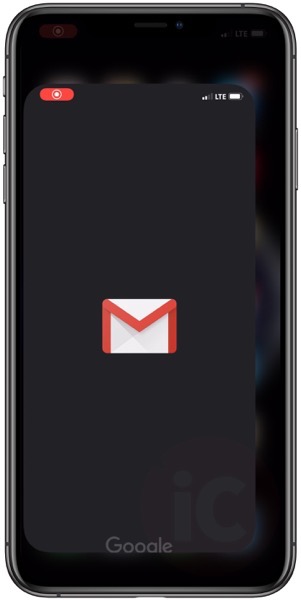 If your Gmail app supports dark mode, you should see the option within the app’s settings, according to Google. Just go to Settings > Theme > Dark.

Are you seeing dark mode support for Gmail in iOS 13 yet?