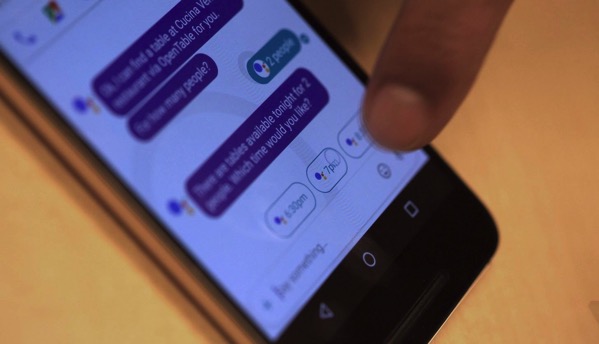 Google announced at its I/O conference that its upcoming ‘Allo’ messaging app will not only offer end-to-end-encrypted Incognito Mode, but also introduce new message retention practices, storing messages only transiently rather than indefinitely. However, the company seems to have backtracked from its bold privacy claims, since the version of ‘Allo’ released today will store all non-incognito messages by default, contrary to Google’s earlier statements (via TechCrunch).

Allo does store your messages on Google’s servers indefinitely — that is, until you decide to delete them (and even then, the message is still stored until the people you were chatting with also delete their side of the conversation). That’s similar to how it handles your emails and Hangout messages, too, but in the post-Snowden age, expectations about privacy — especially for new products — are higher.

If messages are stored on Google’s servers, after all, then a government agency could get a warrant and get access to them.

This means that similar to Hangouts and Gmail, Allo messages will be encrypted between the device and Google servers, and stored on servers using encryption that leaves the messages accessible to Google’s algorithms. Apparently the only way to prevent Google from storing Allo chats is by using its Incognito mode, but then you not be able to take advantage of the features that make Allo an interesting messaging service.

While Google claims that the change was made to improve Allo’s smart reply feature, which generates suggested responses to a given conversation, Allo messages will nonetheless be accessible to lawful requests by default.

Tesla CEO Elon Musk looks to be giving up on terminating his $44 billion USD bid for social media giant Twitter, now proposing to go through with the acquisition on the original terms — reports Bloomberg. According to Bloomberg's sources, Musk proposed closing the deal for the original offer price of $54.20 USD per share...
Nehal Malik
14 mins ago

Google on Tuesday announced new product updates, and its latest includes the debut of the Nest Wifi Pro with Wi-Fi 6E support, the first router from the company that is triband mesh network ready. Wi-Fi 6E (E for Extended) leverages the new less-crowded 6 GHz radio band and offers speeds up to two-times faster than […]
Gary Ng
30 mins ago

Google today announced a major update for the Google Home app that brings a fresh new design, Matter integration, support for both Wear OS and the web, and plenty of new features. The company said it set out to reimagine Google Home because the number of average connected devices per user has gone up from...
Nehal Malik
52 mins ago