Google Shutting Down Allo Messaging App, Focusing Instead on Messages and Duo

Google Allo, the messaging app it launched back in September 2016, is being shut down. 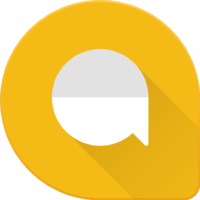 In a blog post shared yesterday, Google has announced that it will officially end support for the chat app by end of March 2019. Google writes, “Allo will continue to work through March 2019.”

“We’ve learned a lot from Allo, particularly what’s possible when you incorporate machine learning features, like the Google Assistant, into messaging,” the post says.

Allo launched in September 2016 as Google’s attempt to build a modern messaging app from scratch. The team learned a ton from the effort, but Allo was largely an exercise. It was doomed from the start, and all the updates were merely feature additions — there was never a focus on growing adoption.

The shutdown has been expected for some time. The company had already announced that it had paused work on Allo in April 2018, due to its plans to use RCS (Rich Communication Services), the replacement for SMS on mobile phones, as its foundation for future mobile text communication. RCS is set to give Android users advanced messaging features like read receipts and higher-resolution image-sharing capabilities. Additionally, Google will continue to support Hangouts for group chat and Duo for video chat.

Duo, its video call application launched alongside Allo at Google’s I/O 2016 conference, has fared better than its brother, and will continue to operate normally. Hangouts Chat and Hangouts Meet, the business focussed text and video calling variants of Google’s communication products, will also be unaffected by the upcoming shutdown.

“We’re … ready to take what we’ve learned from Allo and put it to work to make Messages even better,” Google’s post reads. “And by refocusing on Messages and Duo for consumers and Hangouts Chat and Hangouts Meet for team collaboration, we’re focused on delivering a simpler and more unified communications experience for all of you.”