Apple’s wireless earbuds, AirPods, may soon be getting a few new rivals. 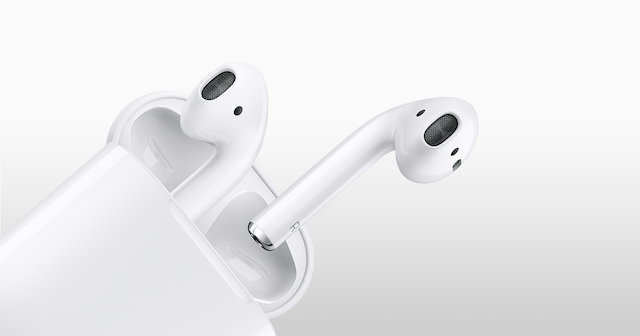 That’s according to a new investor note from famed Apple analyst Ming-Chi Kuo of TF Securities (via MacRumors), who believes that that AirPods are going to surge in popularity over the next few years and become an important product for Apple.:

We believe that the AirPods are more than just earbuds for Apple and will become increasingly important in Apple’s ecosystem for the following reasons. (1) They increase the switching costs for users to Android from the iOS ecosystem. (2) This is an important device for voice assistant/AI services because it can easily enable the voice assistant. (3) The ear is a perfect sensing area for detecting various health data. It may integrate with the Apple Watch to offer better health management in the future.

Kuo earlier this year predicted Apple will release a new version of the AirPods with “wireless charging support” and upgraded Bluetooth in the first quarter of 2019. Kuo says 2020 will see an even more improved model of AirPods.

While any type of fitness tracking features for AirPods would be well-received by users, Kuo warns Apple will be facing heavy competition in the field from Amazon and Google, who are said to be working on their own earphones:

We believe that AirPods’ success has drawn Google and Amazon’s attention and these two companies will launch AirPod-alike products in 2H19. The combined shipments of two brands will likely reach 10–20mn units in 2H19. Goertek (assembly) and Unitech (Rigid-flex PCB) are sole suppliers for Google and Amazon. We think that Google and Amazon are Apple’s main competitors because Google is the most influential brand in the Android ecosystem and Amazon has the best voice assistant service.

Kuo predicts both companies will ship around 15-20 million units of their wireless earbuds, though that is not going to put any significant dents in AirPods sales.

Despite any potential competition, Kuo predicts AirPods shipments will number up to 55 million units in 2019, 80 million by 2020, and up to 110 million of Apple’s wireless earbuds shipped by 2021.