Google Responds to Apple’s ARKit with ‘ARCore’ for Android 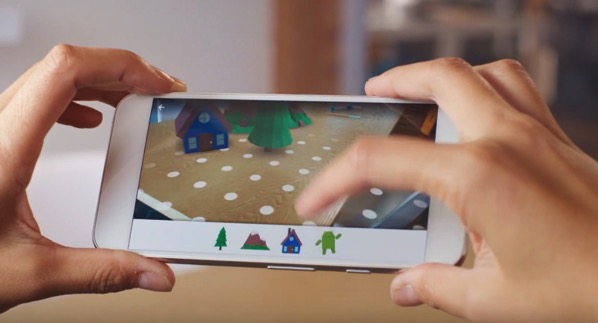 “We’ve architected ARCore to be able to perceive a wide variety of sensors,” said Google AR/VR head Clay Bavor. “We foresee, in the future, many more phones having depth-sensing capabilities and as those come into mainstream phones, that’s great, ARCore will work seamlessly with those and benefit from the additional sensing capabilities.”

Currently, ARCore is focusing primarily on detecting horizontal planes, managing the device’s own motion tracking and estimating light. The company isn’t only aiming ARCore at Android devices, but is also releasing “prototype browsers for Web developers” that also support the SDK. Google says “these custom browsers allow developers to create AR-enhanced websites and run them on both Android/ARCore and iOS/ARKit”.

Google runs down the SDK’s capabilities as follows:

To learn more, hit up this link.