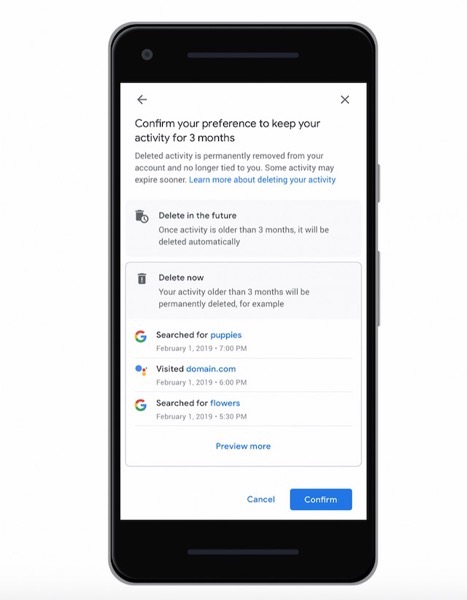 In an effort to make it even easier to manage your data, Google has today rolled out auto-delete controls for Location History on both iOS and Android.

Whether you’re looking for the latest news or the quickest driving route, we aim to make our products helpful for everyone. And when you turn on settings like Location History or Web & App Activity, the data can make Google products more useful for you.

We work to keep your data private and secure, and we’ve heard your feedback that we need to provide simpler ways for you to manage or delete it.

Google says that these controls are coming first to Location History, whereas auto-delete controls for Web & App Activity will roll out in the coming weeks as well.