Is Google Not Updating its iOS Apps Due to Privacy Labels Requirement?

As highlighted in an article over at FastCompany, Google has not updated any of its iOS apps in nearly a month, which could potentially be related to Apple’s new App Store requirement for all developers to publish privacy labels for their apps. 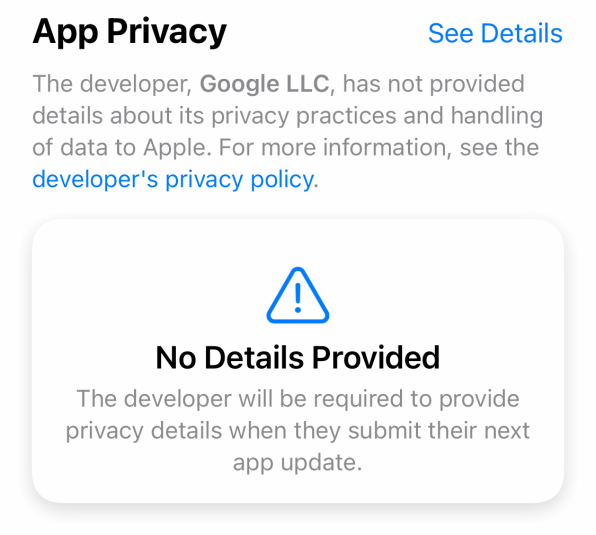 It must be pointed out that Apple made it mandatory on December 8 that any new apps or app updates submitted to the App Store would require the developer to fill out the privacy label information for the app it was submitting.

“By getting in all its existing apps’ updates on or before December 7, Google has managed to avoid filling out a privacy label for any of their apps so far. You can verify this yourself by launching the App Store app on your iPhone, selecting any Google-owned app in the store, and then checking its privacy label on the app’s listing. As of the time of this writing, you’ll see every Google app’s privacy label still reads, “No Details Provided.”

App Store’s privacy labels reveal exactly what data an app is collecting about the user and how that user data is being used. These labels can then be viewed on each app’s App Store listing page.