Google has just rolled out its Chrome browser as an Apple M1 native app for the newly released 2020 M1-based Mac Mini, Macbook Air, and 13-inch Macbook Pro systems, and according to the benchmarks, Chrome seems to run much faster on M1 Macs as compared to the Intel Macs (via ArsTechnica). 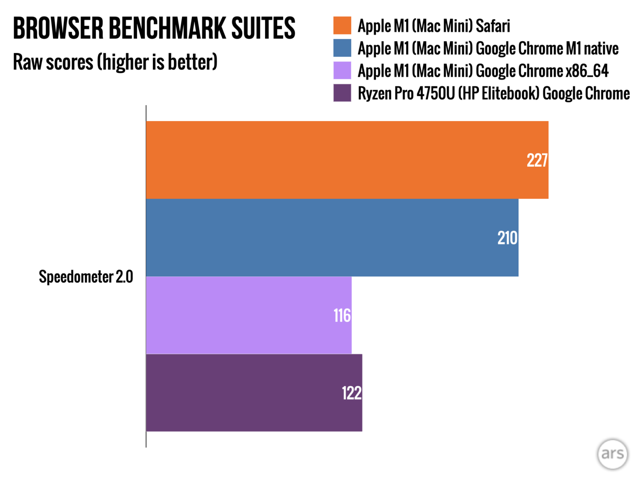 The Speedometer benchmark (shown above) populates lists of menu items, over and over, using a different Web-application framework each time. It shows a massive advantage for M1 silicon running natively, whether Safari or Chrome. 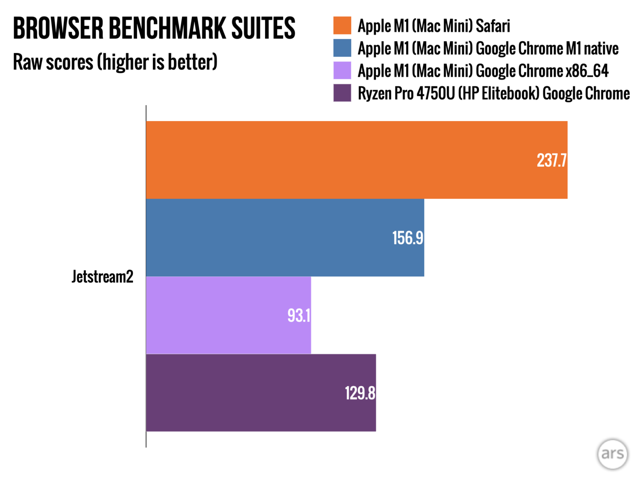 Second is the Jetstream2 benchmark, which is believed to be the closest thing to a “traditional” outside-the-browser benchmark and is the most relevant for general Web applications of all kinds. Once again, the M1 Mac seems to have a big performance advantage. 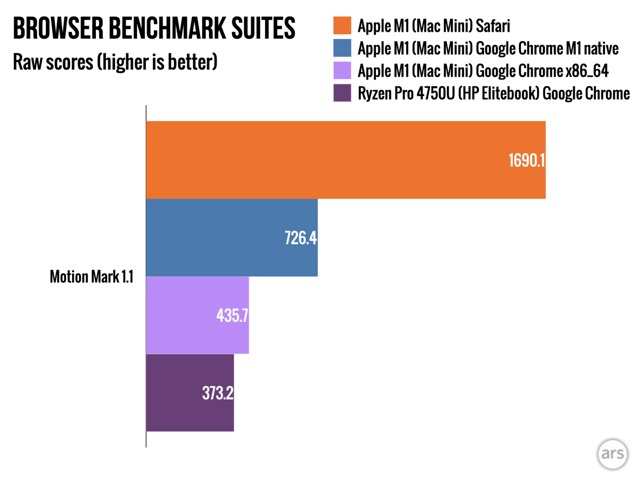