Google Confirms Controversial Duplex AI Will Identify Itself to Humans

Google has confirmed that its AI assistant will identify itself as a robot when calling up businesses on behalf of human users. 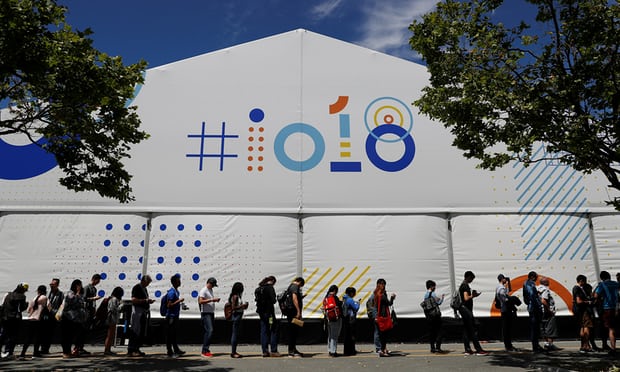 The feature, called Google Duplex, was demonstrated at the company’s I/O developers’ conference on Tuesday, explains a new report from CNET. It is not yet a finished product, but in the two demos played for the assembled crowd, it still managed to be eerily lifelike as it made bookings at a hair salon and a restaurant.

However, since its announcement, Duplex has created a stir in the tech industry around ethics and disclosures. Many have expressed concern that the company was misleading those on the other end of the conversation into thinking they were dealing with another human, not a machine.

The generated voice not only sounds extremely natural, but also inserts lifelike pauses, um-ing and ah-ing, and even responding with a wordless “mmm-hmm” when asked by the salon worker to “give me one second.”

While Google CEO Sundar Pichai did not reveal any disclosures will be present during Duplex’s demonstration, Google has now assured the industry that proper measures will be taken when the product is released to the public.

“We understand and value the discussion around Google Duplex – as we’ve said from the beginning, transparency in the technology is important. We are designing this feature with disclosure built-in, and we’ll make sure the system is appropriately identified. What we showed at I/O was an early technology demo, and we look forward to incorporating feedback as we develop this into a product,” said a Google spokeswoman in a statement to CNET.

The company said it would begin testing Duplex more widely “this summer … to help users make restaurant reservations, schedule hair salon appointments, and get holiday hours over the phone.”

It’s unclear when Duplex will launch, and it’ll be available only to a limited number of users at the beginning. By then, Google will probably explain precisely how Duplex will identify itself to people.

Any shred of mystery Google was saving for its Pixel 7 series launch event on Thursday, October 6, likely dissipated when a detailed and legit-looking spec sheet for the two phones leaked online over the weekend (via 9to5Google). Apparently, a mobile carrier in Taiwan prematurely shared the spec sheet for Google's Pixel 7 and Pixel...
Nehal Malik
16 mins ago