A new version of the Google Photos app has been introduced at the Google I/O developer conference today, that will make it even easier for users to fix their photos with a bunch of new editing tools and AI-powered features, including a “Colorize” tool for intelligent colourization of black-and-white photos, TechCrunch is reporting. 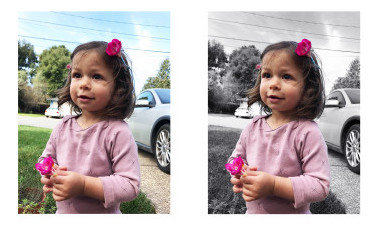 “One of the insights we’ve had as Google Photos has grown significantly over the years is that people spend a lot of time looking at photos inside of Google Photos,” said Google Photos Product Lead Dave Lieb. The company is also adding new tools inspired by its Photoscan technology that will fix photos of documents and paperwork, by zooming in, cropping and rectifying the photo.

“One tool will analyze who’s in the photo and prompt you to share it with them, similar to the previously launched sharing suggestions feature. Another prompts you to archive photos of old receipts. And one, called “Color Pop,” will identify when it could pop out whoever’s in the foreground by turning the background to black and white.

In addition to the new tools arriving thi week, Google is also prepping a “Colorize” tool that will turn black-and-white photos into colorized images.”

Google says a neural network will try to infer the colors that likely work best in the photo, such as turning the grass green. However, getting other things right like skin tone may be a bit more challenging, which is why Google isn’t launching the feature until it’s “really right”.

The new features will start rolling out in Google Photos later this week.